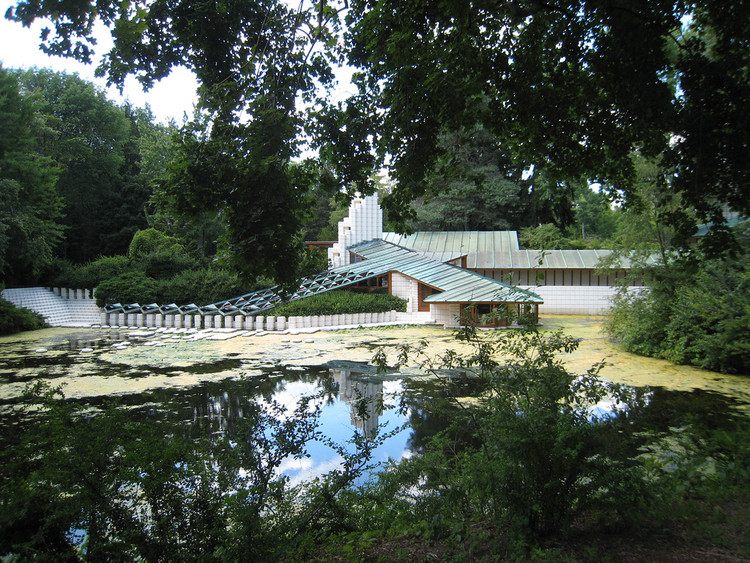 Text description provided by the architects. The Alden B. Dow Home and Studio, design by architect Alden Dow himself, masterfully incorporates work and domestic life in an interwoven fabric with the natural world. Using patented “Unit Blocks” the structure is given a sense of organicism and scale. A winding circulation serves to both separate programs within the home and add organic interest to the plan.

Alden Dow’s style can be said to resemble that of Frank Lloyd Wright, and rightfully so as Dow served as apprentice to Wright in the summer of 1933.

Dow’s concept of creating a home and studio was influenced greatly by Wright. The idea was also implemented at Taliesin East, Wright’s home, studio and educational facility, where Dow’s apprenticeship took place.

Strategically placed alongside a stream, plum grove and garden, the Home and Studio’s connection to its natural surroundings is reinforced. This went along with Dow’s definition of organic architecture as the idea that “…gardens never end and buildings never begin.”

The elaborate and labyrinthine circulation allows for divergence from paths. Hidden views are revealed and deviating rooms beckon visitors to push further. These paths represent a mixture of form and function coming together seamlessly.

The brightly colored interior spaces are warmly lit by a mixture of natural light from above and from walls of glazing. Low openings lead to bright open spaces. Sweeping roof lines allow for a description of studio spaces as “…an improbable ziggurat of glass, copper, and specialty shaped cinder blocks.” 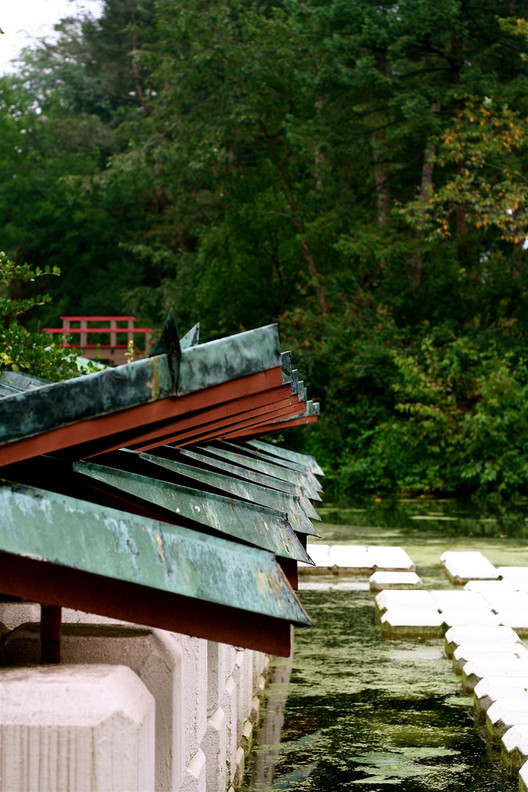