A renaissance through architecture has been unfolding throughout the past several years in Colombia’s second largest city – Medellin. Home to 3.5 million inhabitants it was plagued by violence in the 1980’s and 1990’s. However, through an ambitious plan headed by former mayor Sergio Fajardo, the cityscape has undergone a dramatic shift since his election in 2003. One of the defining principles of this initiative that invested millions into civic architecture and public infrastructure was to build in some of the roughest districts of the city. More details after the break. 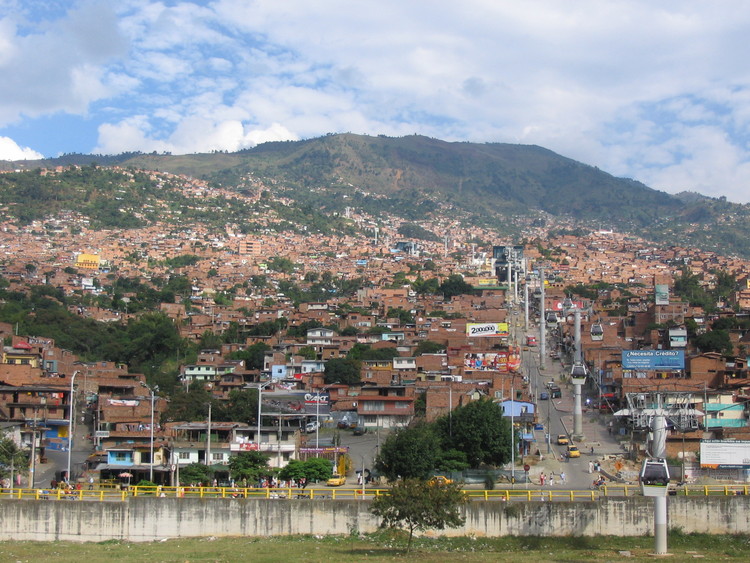 With this underlying principle as the foundation, Fajardo and his Director of Urban Projects – Alejandro Echeverri, who is an architect by profession, set about on the task of revitalizing a city through the avenue of architecture.

While many cities feature experimental and highly visible buildings designed by international starchitects that serve as tourist destinations, Medellin’s goal extends beyond the surface of glitter and awe. This was to be a humanitarian effort in parallel with architecture that would energize the people of Medellin and unite disenfranchised communities, in addition to becoming destinations for locals and tourists.

Thus, in order to ensure corruption within the process was of non-issue, laws were passed at the national level by President Alvaro Uribe. The resulting legislation required the majority of all sizable public buildings to be carried out through competition. Since the budgets are relatively low compared to international standards, the bulk of entries were from local architects or architects from neighboring countries.  However, this has allowed many young architects to flourish and contribute to an initiative that is changing the urban fabric of the city for the better.

One of the most well known projects of this initiative is the Parque Bilbioteca España by Bogotá based architect Giancarlo Mazzanti. Situated at the top of a mountain overlooking the densely populated neighborhood of Santo Domingo. This 3 building complex resembling black jewels incorporates library spaces with outdoor parks – a common design for all new library construction.

When Alonso Salazar took over the office of the mayor, he continued Fajardo’s vision with extensive facilities for the South American Games held in March of 2010. A swimming pool complex by Paisajes Emergentes designed by a duo of architects still in their 20’s breaks the traditional preconceptions of the standard typology. A neighboring gymnasium complex by Giancarlo Mazzanti and Plan B Arquitectos principle Felipe Mesa mimics the surrounding mountains through its undulating green roof. Both complexes are designed with public spaces as the key-defining element. Rather than becoming independently exclusive monuments to be gazed upon, they are inclusive spaces for the community to experience and inhabit.

Another interesting project that was won through competition is the addition to the Medellin Museum of Modern Art designed by local firm Ctrl G principles Viviana Peña and Catalina Patiñoin (both under 30) in conjunction with Peruvian firm 51-1.

In addition to all the new buildings, infrastructure investment has grown alongside. The number of public works is nothing short of ambitious, yet the results of this long term plan to reinvigorate Medellin are beginning to blossom. One of the more significant and visible infrastructure projects has been the metro cable system – an urban gondola – that takes people to and from the light rail.  Serving some of the poorest areas, it is an efficient transportation system that glides above the densely populated steep mountainsides, and rectifies the issues that public buses had navigating narrow roadways.

The construction that has taken place and is currently continuing is testament to the determination and spirit of Medellin. The schools, new roadways, and transit lines that have been built in conjunction with public buildings have contributed to positive reformation of the urban milieu. That is not to say that violence and crime have been negated, but this initiative through architecture and infrastructure has served as a catalyst for dramatic changes from the previous decades. Medellin is a bustling city with a vibrant character and culture that is on the rise. There is much that the city has to offer and if ever the opportunity presents itself, Medellin should be a destination of choice.