Save
The Lace / Centrala 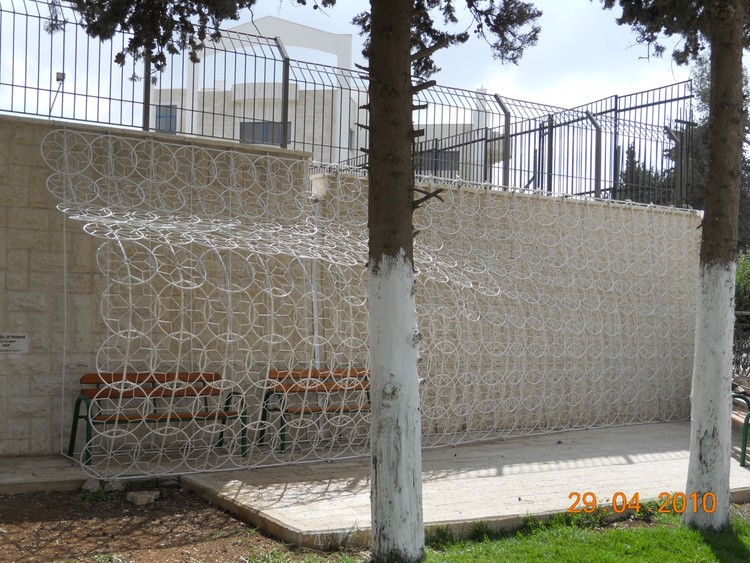 Text description provided by the architects. Garden of Nations in Ramallah, one of the first modern public spaces in booming Palestinian capital was meant to become a representation space, where art pieces donated by different countries would coexist. The relatively small scale of the park leads to the inevitable effect of visual overcrowding and competition of free-standing sculptures donated by different national representatives.

To minimize the danger of entering into the same logic The Lace is a shadow-maker "glued" to the wall encompassing the park. It allows people to hide from the sun being a sort of tridimensional pocket. The Lace is a steel structure made out of 220 circular modules referring to a decorative Polish folk art motive used for Christmas tree decorations made out straw.

The idea started with a detournement hypothesis: what if, rather than sending the design to a digitally operated factory, a sophisticated structure generated with Rhino and Grasshopper softwares would be instead translated to manual work? Palestinian craftsmanship is one of the best when it comes to stonework and blacksmith's work, while being relatively cheap in comparison with surrounding countries, not to mention Europe. Finally the work on the pergola was overtaken by a team of blacksmiths from Birzeit and finished within eight weeks. 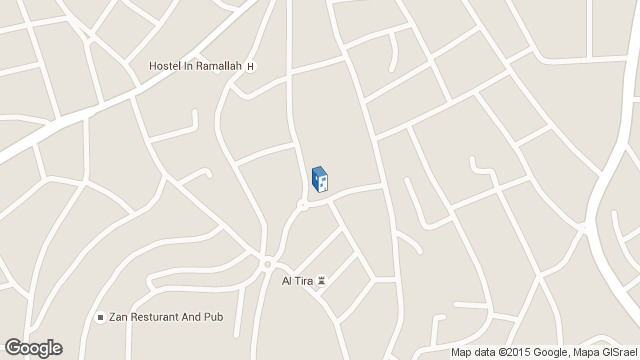 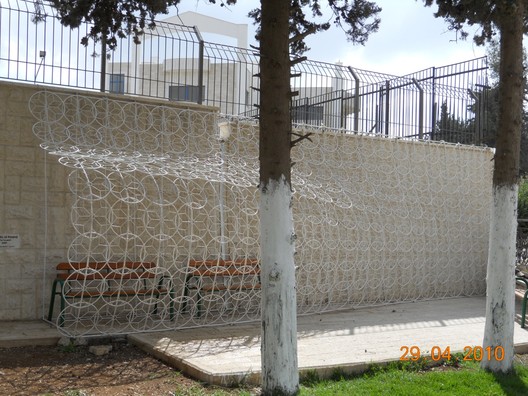