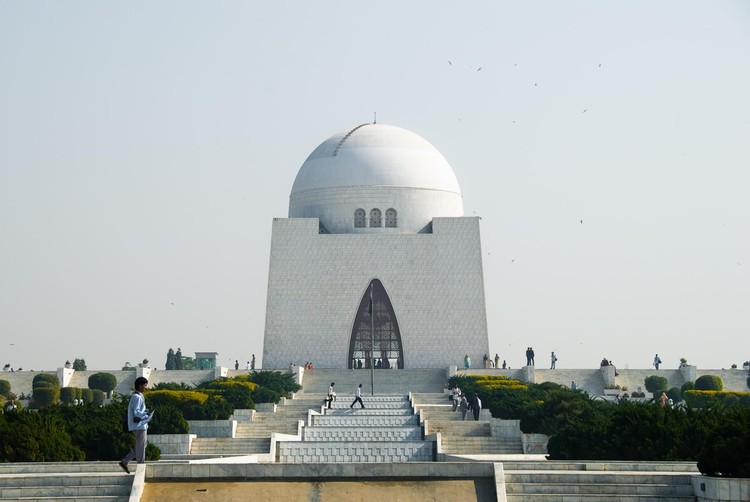 Text description provided by the architects. Otherwise known as the National Mausoleum, the Mazar-e-Quaid is the tomb of the founder of Pakistan, Muhammad Ali Jinnah. Sited in the center of Karachi, Pakistan on a natural plateau, this marble structure was designed by the Indian architect Yahya Merchant and was completed in 1970.

Upon entrance through one of the four pointed arches entering into the mausoleum, visitors enter into a grand octagonal space with a ceremonial sarcophagus in its center (the actual tomb, expectedly, is in a subterranean chamber directly beneath the ceremonial sarcophagus).  In addition to its functional purpose as a mausoleum, Mazar-e-Quaid also serves as host to a variety of governmental and military ceremonies.

The approach to this monumental mausoleum is a beautiful landscaped avenue comprised of gardens, terraces, and fifteen symbolic fountains leading up to a 75mx75m plinth that forms the base of the mausoleum.  This 4m pedestal anchors the tomb in the landscape, delineating the man-made structure from its natural surrounding and emphasizing the importance of the contents within.

The mausoleum itself is square in plan with gently tapering walls a simple and elegant form constructed of pristine while marble topped with a stucco dome.  While marble is a relatively common material choice for noteworthy monumental works of architecture, the material also was chosen to mitigate the climatic extremes characteristic of the region.

White marble was chosen for the interior and exterior of the structure, complemented only by the stucco dome and copper lattice work at each of the four pointed arch entrances.  All materials used during the construction were locally sourced and time-intensive, stimulating the economy of the area with economic opportunity for the local population. 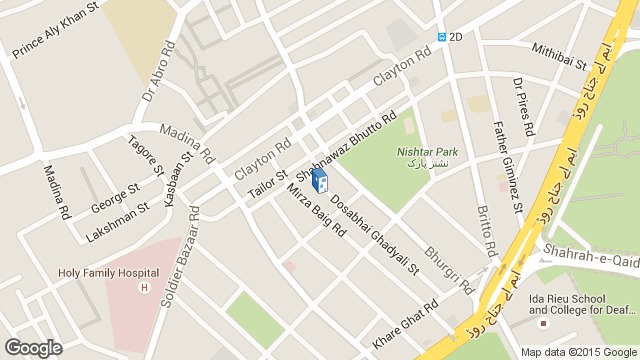 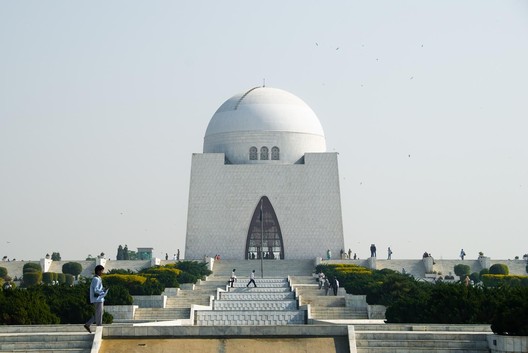