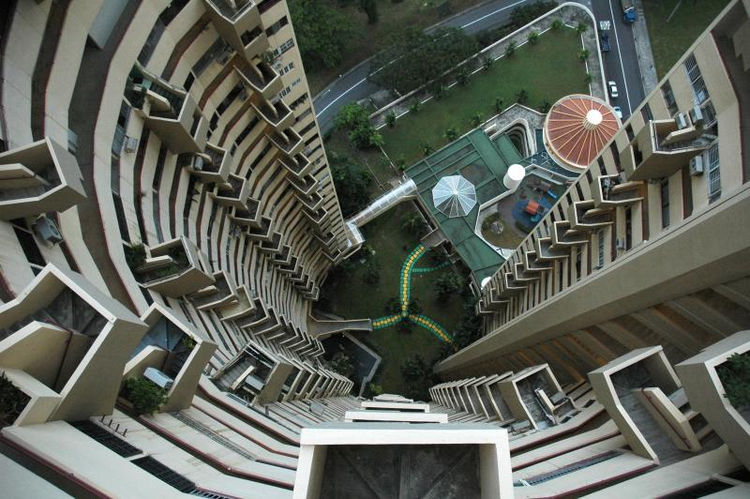 Text description provided by the architects. At the time of its completion in 1976, the Pearl Bank Apartment complex was the highest-density and tallest residential structure in Singapore at 38 stories.  The total height of the horseshoe-shaped complex exceeded 430’ tall and was home for over 1,500 inhabitants.  Designed by Tan Cheng Siong of Archurban Architects & Planners, Pearl Bank served as a beacon of contemporary residential design and acted as precedent to the subsequent high-density urban development in Singapore and throughout southeast Asia.

Organizationally, the parti of the Pearl Bank Apartments is a ¾ cylindrical tower enveloping a west-facing interior courtyard on the lower level.  Not only did this orientation minimize solar heat gain from the afternoon sun, it also was vital to capturing the magnificent views afforded at the top of Pearl’s Hill.

The cylindrical shape of the tower suggested various structural methods, including the ten arrayed shear walls whose mass serve as physical and acoustic separation between adjacent units.  The shear walls, in addition to the necessary columns and circulation cores that complete the complex’s structural system, serve both structural and aesthetic functions.  In keeping with the purity of the initial parti, the structural components follow the radial organization of the tower and are expressed throughout.

The radial organization also was a key component of the layout of the units.  The architects pushed the service areas and utilities rooms to the interior courtyard which maximizes light, ventilation, and views for the 272 living areas on the exterior rim of the plan.  Also unique would be Tan Cheng Siong and Archurban’s use of a split-level scheme similar to the approach employed by Le Corbusier in his seminal Unité d'Habitation residential complex.  This approach drastically affected the fenestration of the façade, as the split level configuration is expressed on the outer rim as a matrix of L-shaped, Z-shaped, and strip windows – the interior fenestration, on the other hand, is a composition of strip windows, and vertical/horizontal circulation (in keeping with the programmatic organization of service and utility spaces on the interior).

In addition to the residential units (eight penthouses, forty four-bedroom apartments, one hundred eighty-four three-bedroom apartments and forty-eight two bedroom apartments, 272 in total), the Pearl Bank complex also features a commercial center, parking structure, and a 28th-floor community area aptly named “Sky Park”.  This communal space, in addition to amenities including common areas, swimming pools, and clubhouses, were the first of their kind in Singapore. 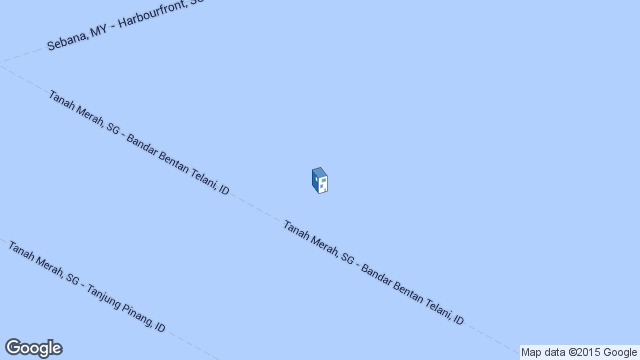 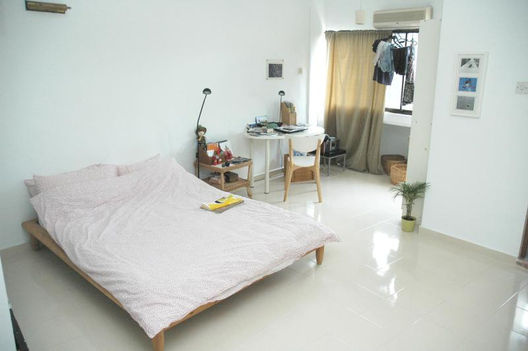