Save
AD Classics: Palace of the Assembly / Le Corbusier
Share
Or
Copy 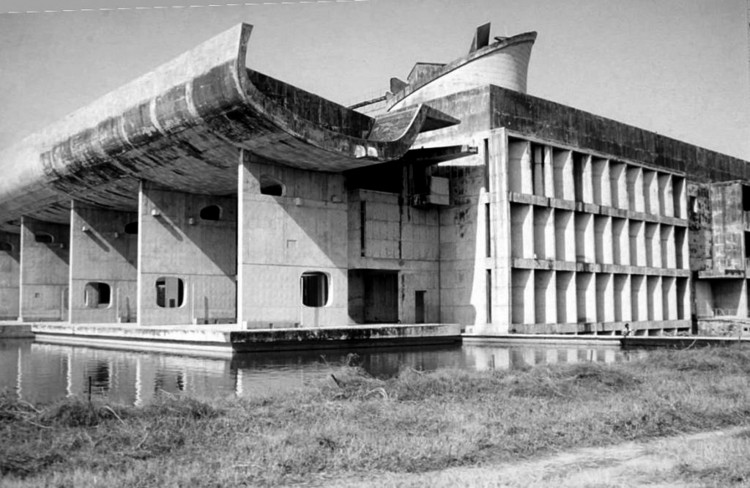 One of Le Corbusier's most prominent buildings from India, the Palace of the Assembly in Chandigarh boasts his major architectural philosophies and style. Le Corbusier's five points of architecture can be found within the design from its open plan to the view of the Himalayan landscape. The program features a circular assembly chamber, a forum for conversation and transactions, and stair-free circulation.

The first of Le Corbusier's architectural ideals is the use of pilotis to lift the structure off of the ground. Reinforced concrete columns are utilized in a grid throughout the Palace of the Assembly and are slightly altered to raise a large swooping concrete form high above the entrance.

This form represents the second point of Le Cobusier's list a free facade. Pilotis allow the form to express the grandiose release of space precisely as Corbusier intended. The other various facades of the building also bestow the free facade via brise-soleil formed from the golden ratio.

Le Corbusier's desire for views is then apparent from all facades. The sun-shading along the offices provides a frame for inhabitants into the surrounding site while the portico opens to the adjacent landscape and the distant Himilayas.

Inside, the Palace of the Assembly houses an open plan structured by the grid of reinforced concrete columns. Again, this structural pattern allows Le Corbusier to manipulated the program freely and place offices and other private programming along the outside of the plan and leave the center open for public use. Intersecting that open space, is the circular assembly chamber that is contradictory in form to producing good acoustics.

On top of the building lies an accessible roof supported by the pilotis. Providing usable space on the roof of a structure complies with Le Corbusier's fifth ideal of architecture by giving occupants vertical means of connecting to nature and compensating for the habitat removed by the building. 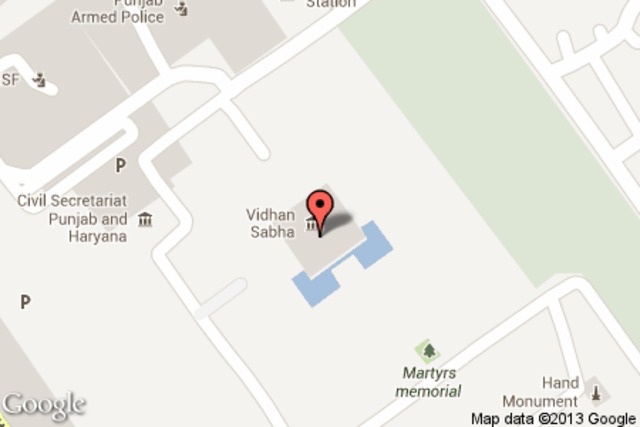