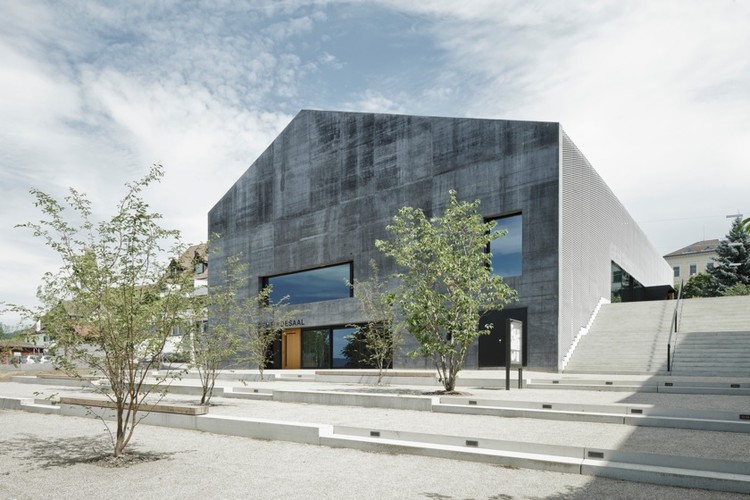 Text description provided by the architects. In the competition to find a design for the community hall in Männedorf, we faced the question of whether to retain or replace the existing building. In its brief, the local authority left that choice up to the architects. Being undecided, we opted for retention. Our ideas were shaped by various aspects: Up to one third of the material value of a building derives from its structure; the typical shape of the existing building is anchored in the collective cultural memory of the local population; and the forefathers of today´s inhabitants had put a lot of hard work into it over the years.

The old parish hall, which had until then doubled as a venue for meetings, was converted and incorporated into a new community hall, encompassing two halls and a range of meeting rooms for use by local clubs and societies. The planning stages for this project were complicated and spread out over several years, and many plot boundaries had to be redefined in order to bring together the mix of uses in a new center for the village. This resulted in the local authority succeeding for the first time in extending the village center up beyond the railway tracks and increasing the development density in the heart of the community. Now, just a few paces from the railway station, Männedorf has a mixed-use centre and a meeting place with which the inhabitants of Männedorf can identify.

Embedded within and extending beyond the existing building envelope, the new community hall has a quiet spaciousness in its interior that is reminiscent of a marquee where people gather together under one roof. The new roof, with a skeleton now visible from underneath, enhances the tent-like effect, as do the vertical oak ribs. The grape motif printed on the plasterboard panelling is echoed, too, in the design of the pendant lamps of colored glass balls. Männedorf always was a community of wine-growers and craftsmen, and this new hall pays tribute to that heritage.

The new Zentrum Leue comprises the new community hall, a new Protestant Reform Church hall and a block containing shops and offices. Together these three buildings form an ensemble, in terms of their arrangement and shared design of the outside spaces. Towards both the slope and the lake, the community hall presents a wall of visual concrete; here and on the kitchen extension at the side mid-grey pigmented concrete was used, poured to create a homogeneous surface impression. On the lake side the end wall of the community hall and the side wall of the church hall mark out the open space that is Mittelwiesplatz. A restrained coloration contrasts with the green of the planting in front of the two gable façades. And in terms of its material impression, the ensemble sits well within the surrounding development.

Extending between the gable façades, as an outer enclosing element, is a grid of expanded aluminium, reminiscent of the netting used in the vineyards. Precise in its detailing, this metal envelope, made up of overlapping panels point-fixed to an underlying support frame, presents a homogeneous overall impression further enhanced by the spacing between the metal and the frame. The colourless anodised finish on the aluminium reflects the colour of the surroundings and buildings opposite. Depending on incident light and viewing distance, the façade can have a sculptural or textured look, rippled in effect like the surface of Lake Zürich. Visually the roof of the community hall is the key integrating element in the overall design of the complex.

The meeting rooms for clubs and societies are accessed from Mittelwiesplatz. They face south and west, to make the best use of natural daylight. In the windows with their deep reveals and in the parquet flooring, the dominant materials are wood (oak) and metal, a characteristic in all parts of the building´s interior.

The completion of the community hall marks the final stage in the creation of Männedorf´s new centre: ‚Zentrum Leue‘. In its form and external appearance, and in the recurrent grapes motifs, the building both draws on existing local traditions and fulfils the needs of a modern community. 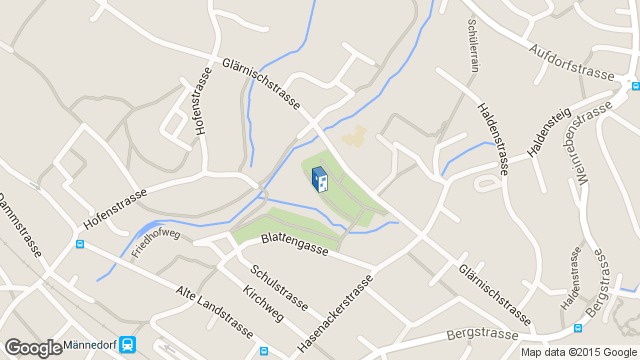 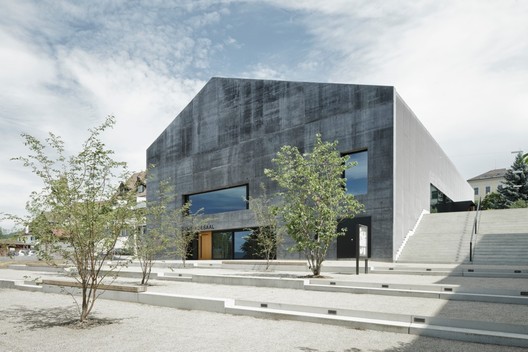