On display until January 2012 in the Brooklyn Museum is reOrder, an architectural installation by Situ Studio of Brooklyn. reOrder is located in the Great Hall of the McKim, Mead & White designed museum. The stately historical building served as both inspiration and site for Situ Studio’s imaginative spatial transformation. 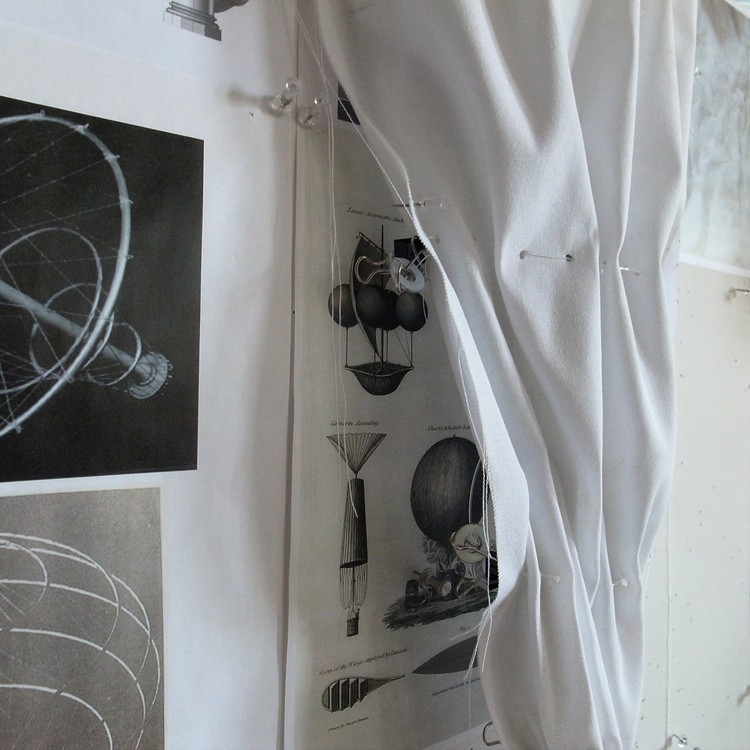 In reOrder the original columns and their strict order are distorted. Situ Studio reconsiders them with a new order and distorted proportion, coating the existing columns with material to make a new form. The new columns are another architectural intervention into the changing space, which still retains its integrity.

Situ Studio constructed their new columns out of modern, flexible materials to represent their admiration of the evolving Brooklyn Museum. Fabric canopies were created with steel tubing reminiscent of hoop skirts. Modern fabrics techniques limited the additive work of cutting and pattern making common when working with fabric.

The extruded columns fill the 10,000 square foot hall with a new space above and below. Along their base the newly proportioned columns bulge to create benches and tables for the public. reOrder is an architectural installation that creates a space for museum visitors to congregate and interact with each other, and the changing museum.