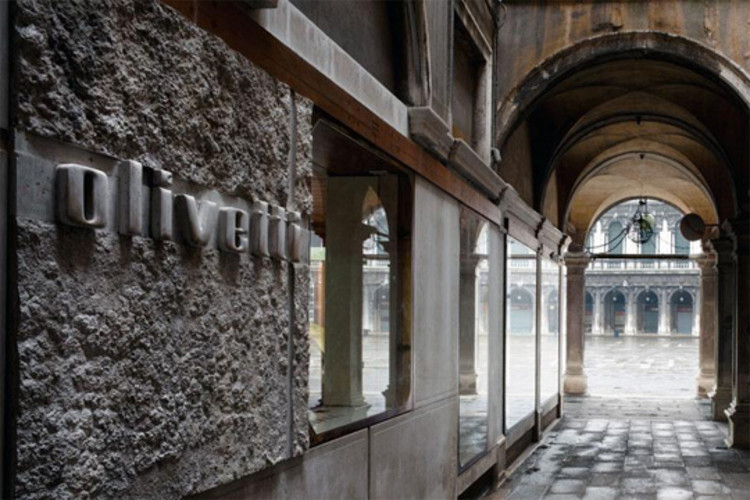 The Olivetti Showroom by Carlo Scarpa has recently come full circle. In the late 1950s Adriano Olivetti commissioned Scarpa to design a display space for his Olivetti products. The resulting Olivetti Showroom was a beautiful space used for decades by Olivetti before changing owners.

In April of 2011 Scarpa’s Olivetti Showroom re-emerged once again as the display space for Olivetti products. Though this time Scarpa’s design of the space is what is truly on display.

The Olivetti Company was a typewriter manufacturer experimenting with producing early computers and calculator by the 1950s.

The company had a strong and positive reputation for its attention to design. This appreciation for quality and design was visible in Olivetti products, as well as in its spatial design choices. When Scarpa was commissioned by Olivetti in 1957, it was understood that this showroom would be a space designed to show the products, as well as Scarpa’s talent as an architect.

The Olivetti Showroom is located in Venice, Italy on the northern edge of Piazza San Marco. It was designed and completed between 1957 and 1958.

Scarpa transformed the space provided to him from a long, dark alley into an open jewel box. Through the addition of windows and attention to interior transparencies, Scarpa blended the exterior and interior and was able to open the Olivetti Showroom into a light, comfortable place for visitors.

Featured prominently in the space is Scarpa’s strong marble staircase toward the back of the showroom. Individual stone slabs are supported by brass rods and form the stair leading up to the second level and balconies. The stairs appear to float weightlessly, and allow views through the room.

Scarpa controlled the light within the Olivetti Showroom through the addition of windows to the exterior, wooden grids on the second floor to control the intake of light, artificial lighting, as well as though his choice of materials for the interior. Glass tiled floors and limited smooth stone walls reflect light through the space and open the narrow showroom.

The mosaic tiles on the floor are of different colors. The main entrance has a red mosaic floor, the side entrance blue, the rear yellow, and the central space white.

Another prominent feature of the Olivetti Showroom is a large sculpture, "Nudo al Sole"by Alberto Viani, near the front entrance. The sculpture sits on a slab of black marble with water running over the stone. Scarpa’s collaboration with Olivetti was understood from the beginning to be a space for their products, but also a space for his talent.

Today, the Olivetti Showroom is a recognized historical building, where Scarpa’s design has become a museum for itself. 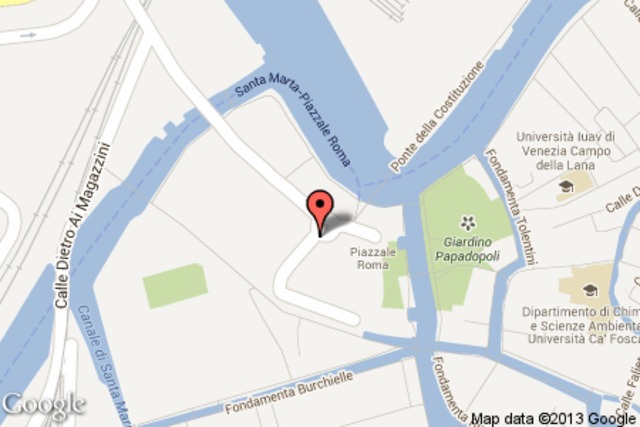