Text description provided by the architects. Eduard-Wallnöfer-Platz was the largest but neglected public square in the centre of the city of Innsbruck in Tyrol, Austria. The site nevertheless kept a symbolic significance with the four memorials positioned there. A subterranean garage was built in 1985. Before the transformation took place, the square’s atmosphere and spatial appearance was dominated by the facade of the Tyrolean provincial governmental building from the period of National Socialism, and by a large scale memorial that looks like a fascist monument – which in fact and in spite of its visual appearance is a freedom monument that shall commemorate the resistance against, and the liberation from National Socialism. The intervention aims to compensate for existing misconceptions and to reinforce the monument’s historical significance. The new topography of the square offers a contemporary and transformative base for the memorials and makes them accessible – physically and regarding a new perception.

The new topography sets a landscape-like counterpart to the surrounding. But it turns into an urban sculpture through its city context, its finish in concrete and through its function. Accessibility and the layout of paths result from the modulation of the surface which deals with spatial constraints, functional requirements and with morphological considerations.

Pedestrians and users as well as the memorials in their role as protagonists on this new city stage allow for an operative public and open forum between main station and old town. The bright surface of the square functions as a three-dimensional projection field on which the protagonists together with the trees cause a high-contrast dynamic play of light and shadow during daytime. In front of this background the seasons are staged powerfully. Indirect light reflected from the floor sculpture directs the scenery at night times.

In the northern part of the square, the spacious flat area in front of the Landhaus is conceived as a generous multi-purpose event space providing the according infrastructure. A large scale fountain activates the expanded field and provides cooling-down in summertime. South of the liberation monument the topography features a variety of spatial situations for manifold utilisations. The texture of the concrete surface varies according the type of geometrical configuration. Beneath many trees the floor continuously merges into seat accommodations with a terrazzo-like polished finish.

The sculpture group of one of the monuments is integrated into the basin of a new fountain where water runs down steps cut into a slope. The shoal fountain and the water games in front of the Landhaus provide playground for children and cool down the climate in summer locally. There are drinking fountains at different heights for children and adults.

The surface of the square is realised in modulated slabs out of in-situ concrete, joined by bolts that deal with shearing forces. Infrastructural elements for the organisation of events which can take place anywhere on the square are integrated in the construction of slab-fields of max. 100 sqm.

Drainage of the whole square including the fountains is located completely at the open joints between the individual fields so that there is no drainage pit visible on the whole site. An innovative buffer system allows that – despite of the existence of a subterranean garage – all the appearing surface water drains away within the property. 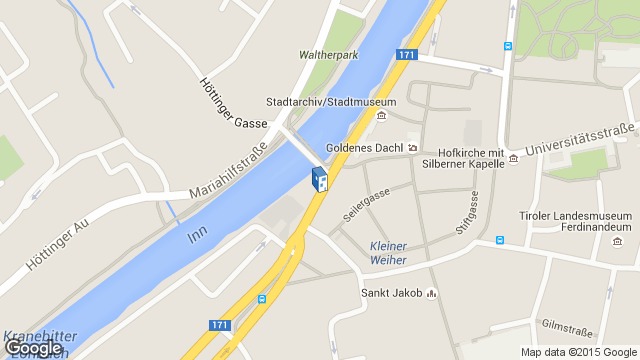 Location to be used only as a reference. It could indicate city/country but not exact address.
Share
Or
Copy
About this office
LAAC Architekten
Office
•••
Stiefel Kramer Architecture
Office
•••