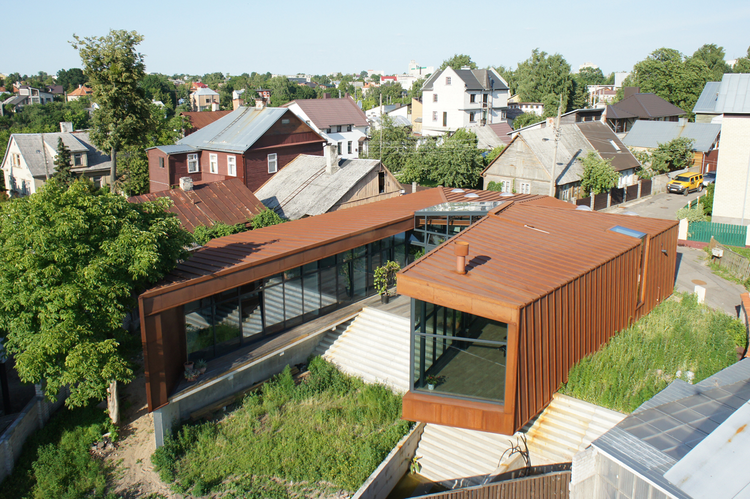 Text description provided by the architects. The building is located in Lithuania's second largest city with the population of 400,000. The client chose to live on the hill at the center of the city with a view of the meeting place of Lithuania's two largest rivers.

Historically, the lithuanian immigrants to Brasil, Italy, America returned to their homeland and settled in the new districts. They named these districts by the countries where they used to live. This particular district was called Italian. The character of this urban area is low rise wooden buildings.

While driving through the impoverished street the building appears to be small, inexpressive and extends the scale of a poor surroundings. The inside of the building is in contrast to its look on the outside: huge spaces, a big courtyard with an extensive view. The house is a true representation of the introvert.

The facade is made out of Corten in order to emphasize the social background of a building. The inner facade is a glass aliuminum structure.