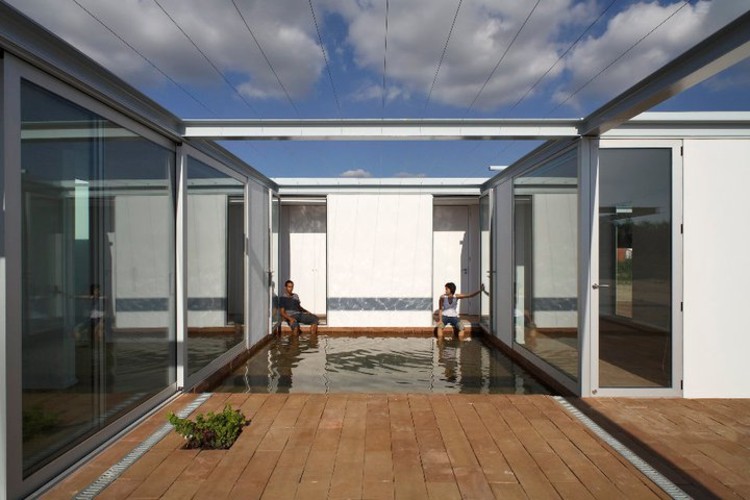 Text description provided by the architects. This single-family detached house is located in an agrarian plain near Palmela. Two factors have conditioned its design: the willingness to favor the relationship with external spaces, in which rural landscape and aesthetic components abound, and the desire to create a contemporary approach that leverages the strong regional architectural traditions.

The result is an innovative construction, in which the memory of the Roman House is wisely reviewed. Not only through the preservation of intimacy and separation between public and private spaces, but also by retrieving elements specific to antiquity, such as the impluvium, which is used to divide these areas and to allow the recovery of rainwater, and the usage of trellised vine covered pergolas. To these traditional structural elements were associated specific contemporary living and architecture items with great balance and sensitivity, which were further enhanced by the very slight Roman stylobate and the patios of Islamic tradition: large glazed surfaces which allow wide, magnificent and restful views, simultaneously providing carefully designed light sources, which dissolve the interior spaces into transparencies; the subtle and fluid spatial circulation, which is inherited from modern and rationalistic design; a conjugation of different languages intertwined in a postmodern way, which blends related disciplines such as architecture, landscape architecture, graphical and equipment design.

Starting from a gross area of 126 m2, the client initially considered an L-shaped typology, a traditional starting point which was generally respected in its main configuration, although somehow diluted by the visual and landscape components: the entrance, facing north (where a neighbor plot is filled with uncharacteristic groves of various tree species) is, wisely, almost blind. From the main door, a longitudinal visual axis is perceived, which goes through the house and leads to the Serra de São Francisco, to the South. A vestibule, with multiple viewpoints, is at the exact intersection of a corridor and a glass opening, through which a cork oak grove can be visualized, thus determining a new formal and visual axis (bringing to mind the memory of the ancient cardus and decumanus).

The wide glazed windows in the large living room open towards the determinant landscape element, which is the Serra de São Francisco. A suspended fireplace, of simple sculptural lines, dialogues with the flat roof-supporting pillar, and enhances the living room. Patio, kitchen, bathroom and scullery are located in this public area, which is enlightened by vertical glass windows through which one can enjoy, to the west, the dramatic view of the vast and preserved olive grove. The other part of the construction is located towards the eastern side, in a perpendicular disposition that defines the structural “L” (confirmed by a vernacular ancient adjacent house), with the open impluvium situated in the angle creating the above mentioned division between public and private living areas.

This area is further divided in three other parts, respectively the daughter's room and bathroom, the main room and adjacent bathroom and, at the farther end, the study, with its vast windows facing south and the impluvium. The ancient Roman scriptorium, quarters of the pater familias, has become a sort of cockpit, in the measure that its original function of working area is augmented with the visual control of all the main axes, which span from the entrance and impluvium to the living room, to the Serra de São Francisco and to the large olive grove. The daughter's room has a window facing east, where the lovely oak grove is located, to which the windows of the main room and adjacent bathroom also lead. The daughter’s bathroom is illuminated through a zenithal glass skylight that frames the sky above. The coating on tiles creates a surprising graphic pattern that starts from a simple broken line module, and infinitely unfolds in zigzag grids.This visual and graphical show, which can also be found in the main bedroom bath, is reinforced by the light effects that the refreshing impluvium provides, spreading across ceilings and walls. The mere opening of the bedroom door provides an unusual and almost endless visual axis that goes from the resounding impluvium to the terraces-patios covered in handmade tiles (the same as in the interior areas), all the way to the olive grove.

This house can be considered a reference, in the measure that it represents a formal and conceptually innovative ensemble. It combines the specific languages of contemporary living with an absolute respect for traditional cultural elements, both erudite and popular. Without yielding in any way to historicism, it should be seen as a cultural role model: life, landscape, cultural tradition, contemporary plurality and architecture blend harmoniously with great care and sensitivity. 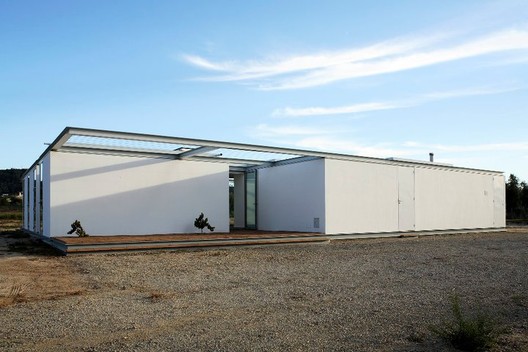 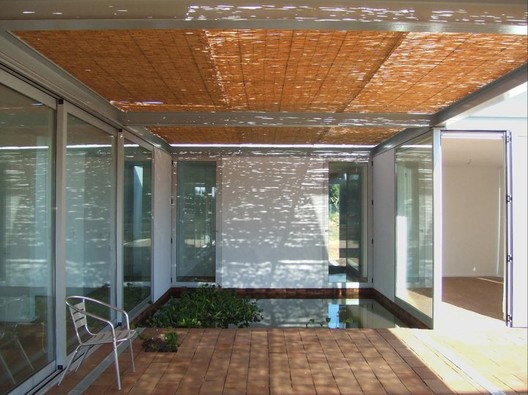