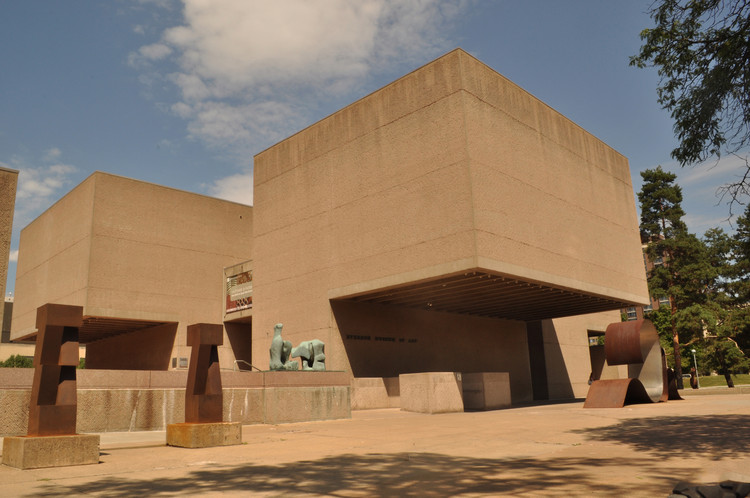 Text description provided by the architects. With a collection focused largely on American art and ceramics, the Everson Museum exists as a structure that is more than just a vault for art. Designed in 1968 by I.M. Pei, the structure sought to simultaneously challenge the traditional museum typology through its innovative form while also existing as an object of modern art in its own right. Pei conceived the Everson as an open structure with access to its interior from all of its exposed sides.

The building is primarily comprised of four opaque concrete volumes that surround an open atrium that visitors move through to access the galleries. A library/lounge and an auditorium exist as separate volumes that are accessed through the atrium.

Each volume contains galleries of differing size and height that when viewed from outside gives added hierarchy to the overall assemblage of forms that makeup the museum. A cantilevered second story adds further differentiation to the building from the surrounding landscape.

Visitors and natural light enter the building through the gaps between the building’s main volumes. Just as one can interact with all sides of sculpture, the Everson acts as a singular form on the pedestal of the open plaza that surrounds it.

The sculptural ambition of the building is also evident in the way in which the concrete is finished with a striated chiseled look. It appears as if the building was crafted in a similar way to that of some of the artifacts that inhabit it.

Concrete bridges connect the independent volumes weaving visitors from gallery to gallery through the main open atrium. This promenade serves to further objectify each gallery, adding to the sculptural ambitions of the building.

The building’s surrounding plaza contains various outdoor sculptures. A large pool of water is carved into the ground. This outdoor zone formally relates in language and scale to the building to the west. Video art, one its collection’s focuses has been projected on the Everson’s facades animating its concrete volumes. 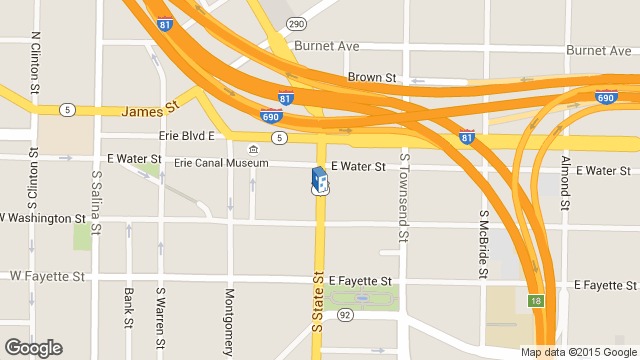 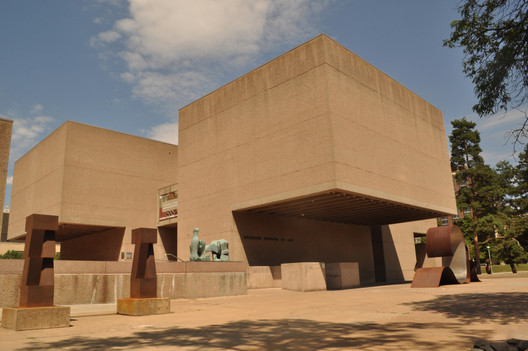