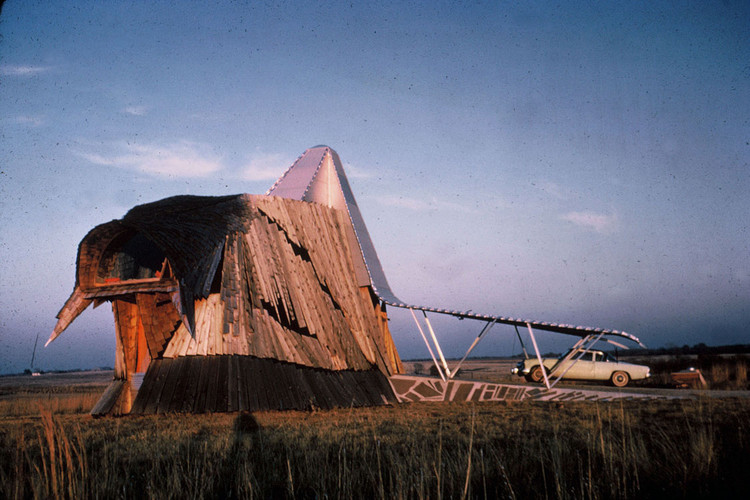 Text description provided by the architects. The Greene Residence, dubbed the “Prairie Chicken House” by Life Magazine, was built on the prairies of Norman, Oklahoma in 1961 and quickly became a symbol of organic modernism. Architect Herb Greene took the organic movement of Frank Lloyd Wright and Bruce Goff to a new freestyle level in the design of his personal home. Built for himself and his family, the house conveys a sense of place and purpose.

The “Prairie Chicken House” uses a simple wood construction, natural materials, and a nostalgic prairie style to incorporate surroundings and an aesthetic sense of domestication. Its name is derived from its resemblance to the prairie chicken. Though this may seem a strange comparison it exemplifies the goals of incorporating both natural form and a strong sense of place in its origins. With two stories at 2100 square feet, the house is meant to evoke feelings of individuality and delicate privacy.

The elements of the area are harnessed to add to a permanent sensation. The communal areas of the kitchen and family room face east to capture the low direct rays of the Midwestern sunrise. The narrow outcropping off of the main bedroom receives afternoon light and embraces the strong winds off of the prairie grasses. This natural light along with the unfinished cedar shingles that contour the interior add to the warm, wistful condition of the structure; their overlapping pattern embracing chaos.

A sectional interaction between levels allows for a visceral social and physical separation and its openness adds to the sense of an aerated prairie shed.

The naturalist forms of rough sawn cedar boards and unfinished cedar shingles emulate the building’s surroundings yet provide a relief against the clear and open prairie sky. The smooth, singular metal of the carport and awning provide a new-aged relief to the unaffected exterior. The granite of the foundation grounds the foreign feel of the metal material. An overall raw feeling is strengthened by an interior organic expanse of circulation in and around the epicenter of the home. It is furthered by a carpeting growth covering the floor in contrast to the bark-like wall furnishing.

Concentrated corridors of light are attractors as looking glasses into the outside world. The views of the endless prairie and sky stand in stark contrast to the intimate, busy scale attributed to the house.

The natural shifted oval of the plan suggests windblown erosion mirroring the surrounding plains. The seeming discord in board placement and size is intended to echo the erratic yet flowing nature of the grasses. The variations in form and space allow for an intimate experience that is individual to the viewer.

"When designing the prairie house, I chose a 2 acre site east of Norman where no other house was visible from the site. The soil on the site was red clay, seen in ravines through the prairie grass. I attempted to relate the sides of the house, which were made by nailing cedar boards onto concealed cedar blocks that were patterned over black mineral coated roll roofing coveting the entire house in patterns related to feathers of birds and the red clay ravines.

Not all aspects but some, which is why the west facing window represents a feature such as an eye; the half circle window can thus suggest an eye or creature or bird by the creative process of perception.

"In the most informative aspect of perception I’m interested in tactility; the warm color and texture of the carpet and the shingled walls address this in the interior while the relief of raised boards and shingles address this at the exterior. I wanted to create curiosity, I wanted to create a puzzle, a gestalt. Women were often moved to tears when experiencing the interior yet the outside scared and puzzled people. A man once approached the house from a tourist bus and asked “Is this where the tornado hit?”

I attempt to project a variety of feelings into the Prairie House. A sense derived from the implacability of the universe. Feelings of pathos or tragedy rising out of the looming “wounded creature” look of the image. Suggestions of humor in the realization that the head of the creature is, after all, a man- made construction with intimations of comfort and shelter. A feeling of protection expressed by the sense of an enveloping coat of a mother hen’s “hovering over,” as well a by the cavelike interior. The soft textures, human scale, warm color, and lifelike rhythms contribute to a feeling that the house is in some way human.

"The sentient yet baleful “face” can impart ideas of poignant expectation and longing. The patterns of boards and the tapered form of the house compliment the face image to suggest a wounded creature tied to the earth, longing to be free. The expression of longing and aspiration as design aims has occupied me since I studied architecture with Bruce Goff. His lectures on aspiration as a necessary ingredient of human experience made as lasting impression. He thought architecture, in addition to expressing ethical building techniques, the nature of materials, and responses to site and clients, should also express human striving for expressions of sensitivity, feeling, longing and aspiration.

Rousseau stressed the necessity of longing. He was afraid that longing would be lost to culture as the growing bourgeois society focused on security and material satisfaction. As an architect, I have accepted many bourgeois attributes; comfort, the collection and display of material possessions, cautious roof designs to avoid leaks, and the aesthetic taste of actual clients. I have wondered how to express longing because comfort, security and taste are not adequate to satisfy human curiosity, the expression of spirit and the lure to attain more abundant understanding.

These jarring contrasts produce an unusual matrix of poignant feelings." 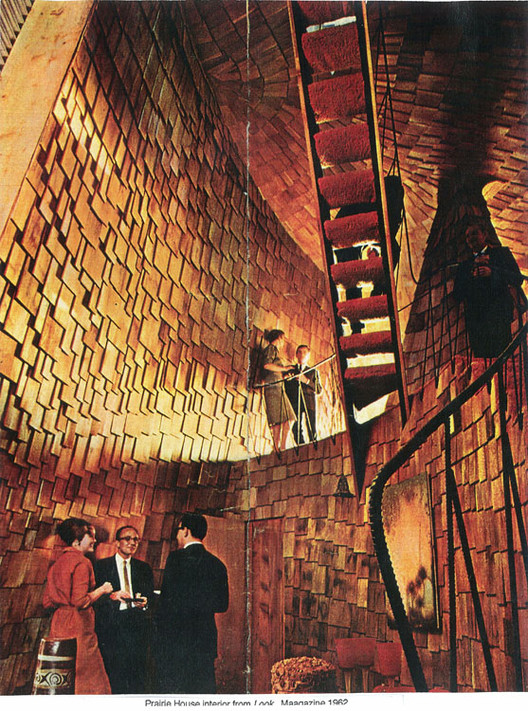 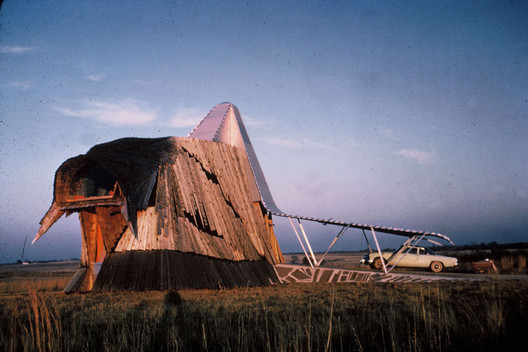