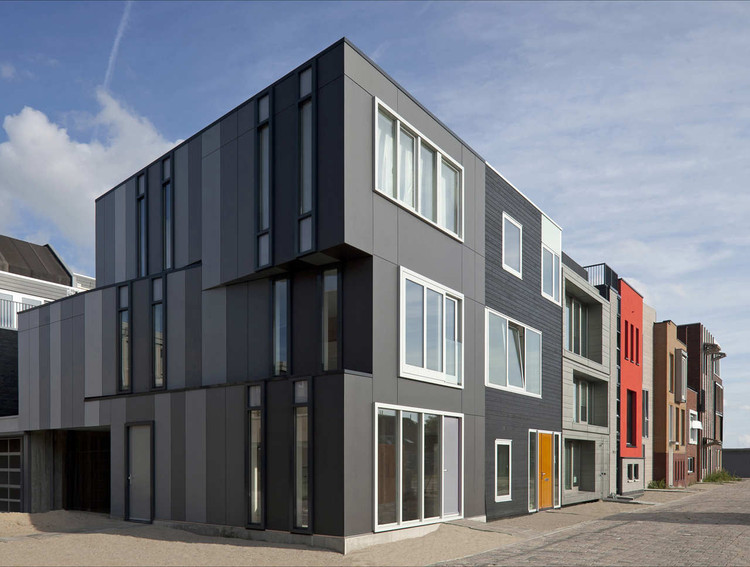 Text description provided by the architects. In Leiden (Netherlands), private commissioning was chosen for the development of the residential area Nieuw Leyden on the former slaughterhouse site. For the house in the corner plot that the studio Sophie Valla Architects was asked to design, the corner was chosen as starting point and inspiration. The end result offers the inhabitants an unexpected sense of space and changing views.

For this high density area bordering the city centre, MVRDV in Rotterdam conceived a master plan based on a double ground level: closed building blocks on half sunken parking-lots. This allowed for a densely built neighbourhood, but green and with little traffic. A common coordinator, contractor and advisors worked on each building block. Then each plot owner was able to design his house according to his own needs and wishes.

The house was built for a young family. From the beginning, the value of the corner position of the plot was fully exploited. The clients were extensively involved in the conception and building process, watching over and nourishing the tectonic quality of the design.

The lateral façade of the house ending the block presents an intriguing and dynamic play of lines and volume. This is brought about by shifts in the orientation of the façade at each of the three floors. A 'transformation' of the geometry of the front and back façades over the length of this side is thereby created. Four supporting columns in the house are freeing the lateral façade from its load bearing function, enabling this free play.

The horizontal transformation is accompanied over the whole façade by a vertical articulation of the surface panelling and of the window frames.

The high and narrow windows on this wall not only emphasise the vertical articulation; from the inside they also give clearly framed views while their form limits the possibility of looking in.

On the ground floor, bordered by a pedestrian street and the park, is a playroom for the children. The living space is on the first floor. The large window at the front looks into the park, creating a spacious quality inside and offering interesting perspectives to the park.

The tectonics gives the façade an intriguing movement and play of lines from the street and the park while creating a spacious quality inside and offering interesting perspectives to the outside. 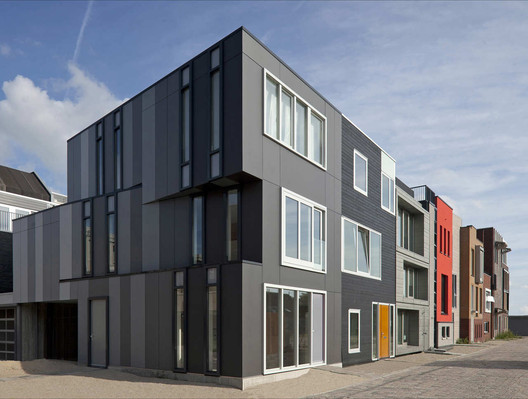