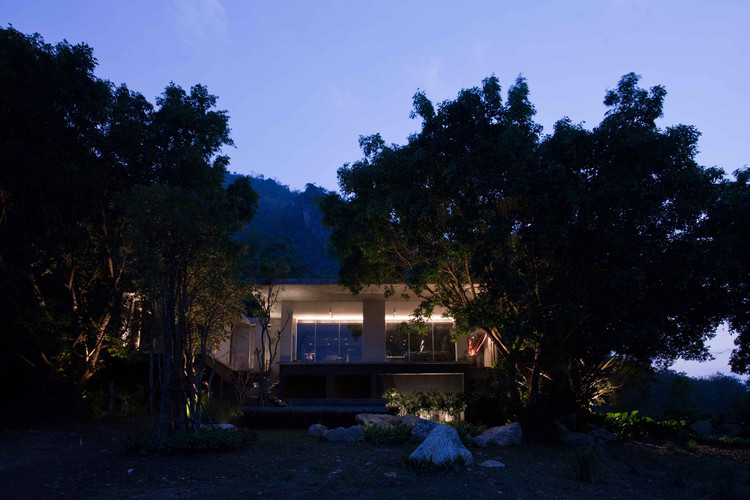 Text description provided by the architects. Located on the edge of Thailand’s largest national park, Kaoyai National Park, the design for the Hilltop House revolved around the rocky and forested landscape. Hilltop House is a small house in a big plot of land; the total site area is approximately 8,000 sqm. The first requirement from the client was simply to design a 350 sqm house, and find the best spot for it. The remote end of the land was adjacent to Kaoyai Nation Park, and is home to a pile of 40 years old abandoned chunks of rocks, and couple of magnificent full-grown Ficus tree.

The client’s following brief was to design a single bedroom house with necessary supporting facilities. It was a simple brief with a tremendous opportunity to explore various aspects of relationships and connections, between a room and another room, out-door to in-door space, from man-made elements and natural elements.

With a humble approach to nature, it was very important to have as much information about site as possible. The very detailed measurements of the site, and its every element, every stone and every tree were carefully recorded. The existing elements were included in from initial design concept, and became part of the architecture at the end.

The overall structural concept was based on very few columns and footings, elevating the house above the pile of stones, leaving most of the stones and existing contours untouched. Base materials were raw concrete surface and cement screed to express the raw "nature" of construction materials, and helped to avoid problems with paint against the high humidity of tropical rain forest surrounding.

Existing stone was carefully measured and used as entrance pathway, some concrete steps were added to compete a functional walking path. A lot of measurement work, sketches, and adjustments had to be done on site throughout the construction period. All the hard work and great effort from the design team resulted in the completed architecture, that looked as if it had been planted, and growing there as part of the surrounding rocks and trees. 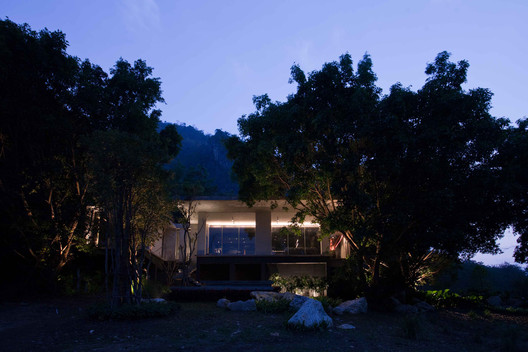