Save
House in Kitabatake / NRM 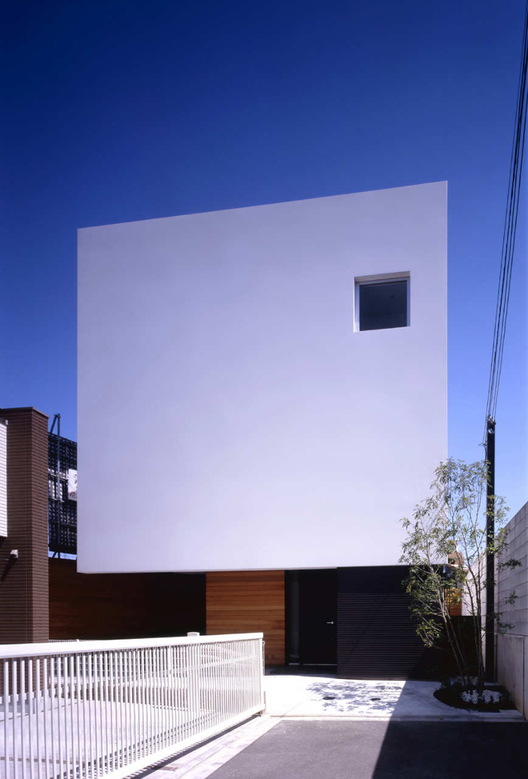 Text description provided by the architects. House with in-home office constructed in Osaka. The lot is flag-shaped, adjacent to the road at west side and beside to the neighbors on the east and the south. The north neighbor is built at about 5meter lower site which is one of the big factor while planning this house.

First about lighting; we could not plan a lot of windows at its east and south side due to privacy sake, because the neighbors are at those two sides. And we could not put them at west side either, due to the afternoon sun. On those conditions, we built the big white wall at its west side while reflecting the lights from east and south at its inside to the rooms. This white wall is also the biggest factor at the facade.

And we planed to put the wide windows at the north side where we expected a broad view of Osaka; you can see that from its 3rd and upper floor.