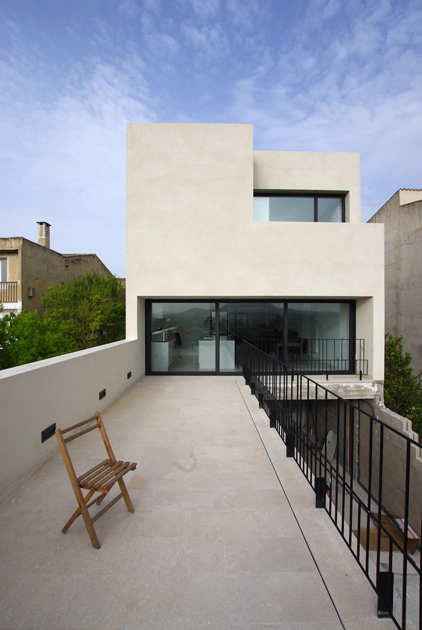 Text description provided by the architects. It was a very narrow and long plot. There was an existing construction with very small rooms without natural light. We had very long medians and very narrow façades at either end.

The new volume, adapted to the existing structure, is organized into four separate volumes placed one after another with void interstices of one meter in between them.

This organization generates a new interior volume. The repetition of three skylights coincides with the interstices, opening the roof and the floor of the first level while generating a new internal order composed from the rhythm: full-empty-full-empty-…

At the same time, this new rhythm generates a double effect: first allowing the natural light to fall upon the ground floor, and secondly communicating visually both floor levels through the interstices.