This competition asked participants to design 4 independents sports units, all of them have to be in the same area and very close to each other. Our proposal understood a group of buildings as a single one, like a built continent that could participate in the same technical and spatial strategies, adapting to the timeframe of the construction program. In this way we proposed mixing a semi-covered public space with the sports areas and gardens.

The solar position and the Aburrá valley winds, linked to the existing planning of the site allows, define the buildings localization. The north and south façades are open to the let the major winds pass and the east and west façades have the tribunes and eaves that control the morning and the afternoon sun. In this way we are inside of a single and perpendicular bioclimatic diagram.

We proposed a geometrical roofing system of parallel strips, aligned with the sun path to control it. These parallel bars act again as technical, spatial and bioclimatic patterns. They can stretch in the east-west direction, and they can be added or repeated in the north-south direction. They can also gain height to fit the different sports requirements (basketball, gymnastics, fight and volleyball), or go down to make a cover from the sun.

Relationship with the mountains, structure and details

These stripes are really a 7 parallel metallic trusses system which geometry changes and relates directly with the city mountainous or topographic context. A metallic columns system, made by three assembled columns, supports the roof system and acts as a rain gutters, conducting water to the city drainage system. With a unique constructive detail, perforated façades, projecting stripes, we are able to solve, in reiterative ways, bioclimatic, spatial and relational aspects.

We proposed sports scenarios that do not require mechanical acclimatization, using the perforated façades that decrease wind speed. yet allow it to go across the inside of the building. This façades also allows the people to see the activities inside the building and merge the public exterior life with the recreational and sportive activities. 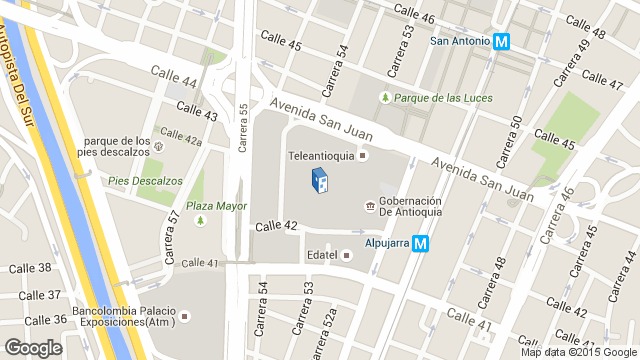 Location to be used only as a reference. It could indicate city/country but not exact address.
Share
Or
Copy
About this office
Giancarlo Mazzanti + Felipe Mesa (Plan:b)
Office
••• 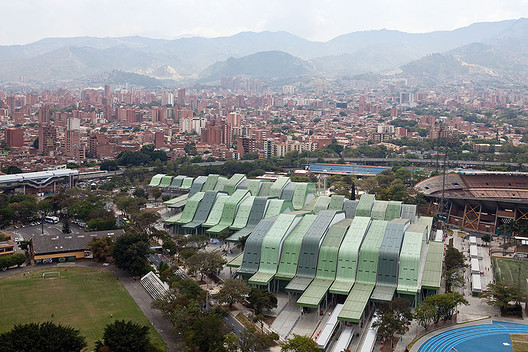