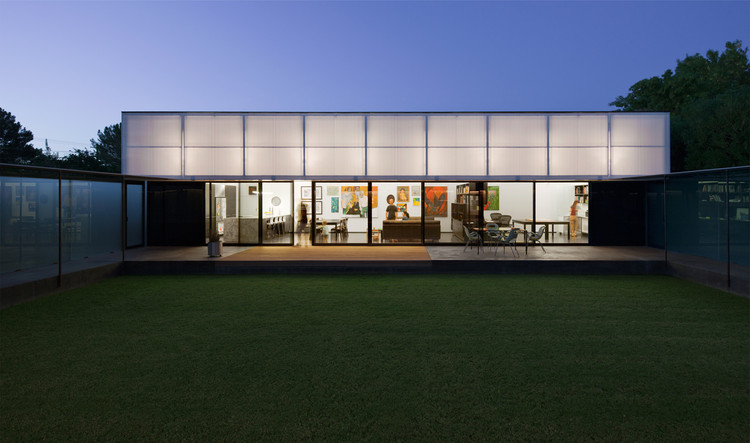 Text description provided by the architects. This is the home of Matthew Salenger, RA and Maria Salenger, AIA, the founders of colab studio. They had owned a fairly large suburban lot near downtown Tempe, Arizona for ten years. They had altered the house and site considerably over the years, experimenting with low-cost methods to change the way to live in suburbia. Over time, though, life occurred, and circumstances changed: The birth of a little boy, founding a full-time design studio of their own, family visiting more often, etc. So another change needed to occur- something more substantial.

Both of them being architects, designing their own home would seem to be natural. However, they constantly battled between two ingrained extremes. On the one hand, they very much wanted to live unconventionally and/or experiment with how one might exist in suburbia. On the other hand, they had grown more mindful of real estate value realities. Having already put substantial money into the property, they didn’t want to continue to do so in ways that would make the home impossible to eventually find an owner for. Up to that point, their designs for the property were not appeasing both of these needs simultaneously, and they could not move forward.

Eventually, they decided the only way to move forward would be to ensure their home would be a viable commodity by surveying over 30 potential home buyers on what they wanted in a home. The survey contained two parts: 1) Quantifiable numerical information rating what rooms/spaces/functions a home should contain with re-sale in mind; and 2) Written answers to questions about what one’s dream home would contain if re-sale value was not an issue. The number one answer to the survey’s first part was to have a combined “great room” (living, dining, kitchen). The word used most in the survey’s second part was “courtyard”. These two ideas became the basis for their design.

They combined the given program of spaces with their personal need for extensive flexibility to produce a house that is simultaneously comfortable, modern, and playfully surprising. Throughout the space, large portions of the house move, transform, and enclose to drastically alter the experience of the functions and spaces. 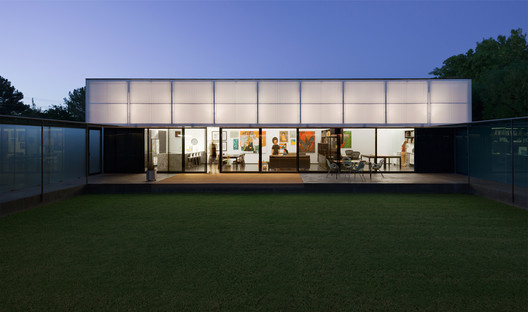