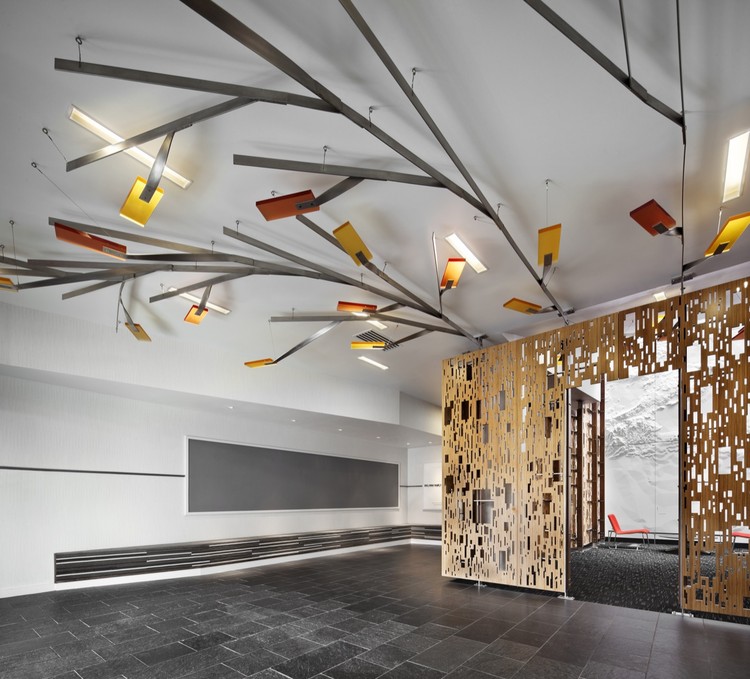 Text description provided by the architects. The challenge of this student center for the University of Wyoming’s College of Education was to transform two non-descript and ill-defined open floor areas, crossed with circulation, into places that one the one hand would be effective student lounges, and on the other inspire curiosity about the built environment. Each floor consists of a student lounge distinguished from circulation by a cnc milled bamboo plywood screen.

The pattern of the screen was produced by a computer script which has no repeats across the entire surface. Each panel has the same percentage of porosity with a variety of scale of openings to allow for glimpses between those circulating around the perimeter and those seated in the lounge. The overall design is based on combining two academic building types. One is the picture gallery—the outer perimeter of the circulation contains a series of photographs about the College of Education linked by a stainless steel datum—the second is a cloister with courtyard. Where the courtyard typically has a garden, here the central focus is a 900 sq ft topographic model of Wyoming, which extends vertically between the two floors.

On the model, north is to the right to match actual north in the space, and therefore west is up coordinating with the setting of the sun through the skylight above. The model is both abstract and highly detailed, and the rotation out a conventional orientation makes the model somewhat unfamiliar at first glance.

The model was fabricated by cnc milling machines based on 200’ contours. It is up to 14” thick with 40 panels weighing between 200 and 400lbs. The walnut structure that supports the bamboo panels also sponsors a horizontal stainless steel chandelier with resin pedals, which also links to the guard rail of the upper level and extends out toward the front door. The project is an integrated, crafted sequence of skins and armatures encouraging social interaction. 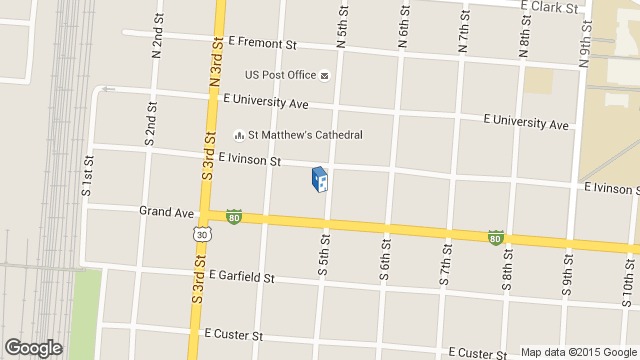