Save
House at Coogee / MaSQ Architecture 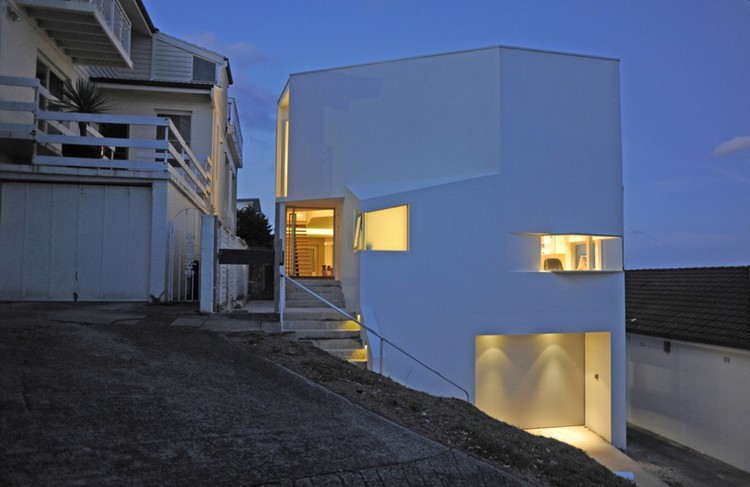 One of our core beliefs is that of specificity and originality. We approach each project anew and see it as a constantly evolving and open ended process, not fixed or rooted in any preconceived ideas. Our influence is varied, however we avoid being captive to trends or fashion and do not approach projects in a formulaic or prescribed way. In particular we see houses as an opportunity to enhance a particular circumstance and provide a new overlay and reading of place and program, in the continual search and upgrade of the notion of the “good life”

The form of the house is derived from the limitations of its context. The narrow site slopes steeply across its width with the length facing east to the ocean. Neighbour views of Wedding Cake Island and the southeast needed to be maintained At the upper level the walls angle and tilt in plan and elevation in order to allow this to occur. The resulting angular geometry creates a form that relates quite strongly to eclectic mix of the area, containing modern and more traditional housing types. The building is not singular or static, with the observer’s perception constantly changing depending on where it is viewed from.

There are two defining programmatic moves in the house. One was to place the living and master bedroom on the upper floor. At this level the views are most expansive and beautiful, and small price to pay from being disconnected from the garden which is locked in by neighbouring properties. The remaining bedrooms and rumpus are located on the lower level with access to garden and pool, which allows for the acoustic and visual separation between adults and children when required. The second move was to place the entry intermediate between the top and ground floor. This solved the problem of feeling that one is walking into a bedroom level and secondly allowed a gentle and gradual ascent to the living room.

Cost and Other Disciplines

The house had a pragmatic and simple construction system overlayed onto its geometry in order to keep the cost within budget. Ceiling details and recessed lighting was used to cover step down in beams and steel junctions. The full brick and concrete construction created a simple building process and ease of trade coordination. Detailing was simple with an emphasis on neatness.

Good thermal mass coupled with cross ventilation and orientation to north east are the main passive environmental features of the house. The living space modulates light through blinds and curtains and there is no exposure to western such. The house at South Coogee is distinctive. The form is derived from the limitations of its context and not from the need to make a statement. It shows how a non conventional building form can rest comfortably within its context and how the established notion of street front is actually irrelevant within diverse settings. In many ways the house is not so much "Form follows Function", but "Form follows Necessity" and as such could be no other way.

The house is a sanctuary, it is solid and robust to resist the battering of the elements in its location. It can be dark, light, cool, or warm, responding to season and needs, providing its inhabitants the greatest amenity from which to contemplate the surrounding beauty of the natural environment. 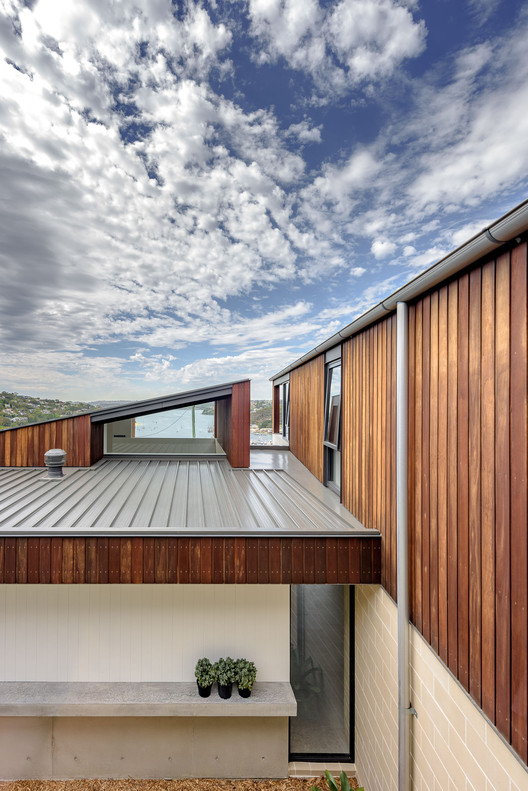