Text description provided by the architects. The project for Alphaville Piracicaba club is ruled by the objective of creating pleasant leisure spaces for residents of a future closed condominium, allying functionality and low maintenance in an extremely controlled budget by the construction company.

The program consist of a ballroom, with kitchen, bar and support area, fitness room with changing room, terrace areas and living and contemplating indoor gardens, tennis court, soccer field, playground and a generous water park. In addition, the project counts with a spacious parking lot for about 60 vehicles and the construction of a building that houses the inhabitants association of the condo and support areas for security, selection of employees, changing room, refectory, among others.

Due to the great unevenness of the terrain, the project was implanted on different plateaus, which, by themselves, organize the functions of the club.

The main building is a large linear construction, seven meters wide and 56 meters long, composed by a very light white metallic structure, sometimes opened, sometimes closed, sometimes covered, sometimes uncovered, which contains the ballroom, terrace and fitness area. As a continuous ribbon, this volume is anchored in the opaque volumes of the support spaces on one side and, on the other side, fully opened to the swimming pools area, which are intercalated by wood decks and stone solariums. Continuing this slim construction, there is a tennis court, in a lower landing. Thus, the end of the marquee works almost as an audience, a grandstand for tennis matches.

The glassed, closed areas of the gym and ballroom can be completely opened to the marquee through the casements, but can also safeguard themselves a little against the general public through large panels made of wood muxarabis (traditional brises-soleil), which flow along almost all the extension of the marquee. Thus, users can control the level of exposure in these areas.

The ceiling of this marquee contrasts with its fully white structure; it is entirely made of regular slatted wood. In between these “gaps” of the wood ceiling, we chose to work on the general daily illumination: LED hoses installed randomly create a wide view of the club at night, highlighting the wood ceiling and providing light in a very low cost to the site.

The project still contemplated the entrance marquee of the condo, which, similar to the social area, has white metallic structure, wood ceiling and features itself as a simple construction which receives the resident and visitor in a cozy way.

The project sought to create a coherent set of constructions aiming at the users’ well-being in their leisure moments, through sufficiently opened spaces which seek relations with the landings of the terrain and outdoor activities. 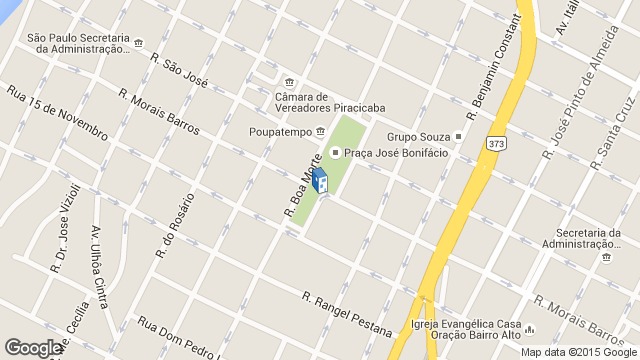 Location to be used only as a reference. It could indicate city/country but not exact address.
Share
Or
Copy
About this office
Forte, Gimenes & Marcondes Ferraz Arquitetos
Office
••• 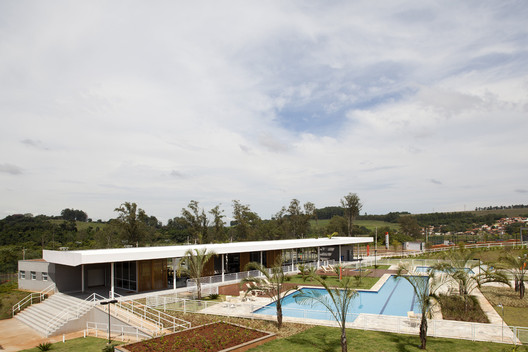