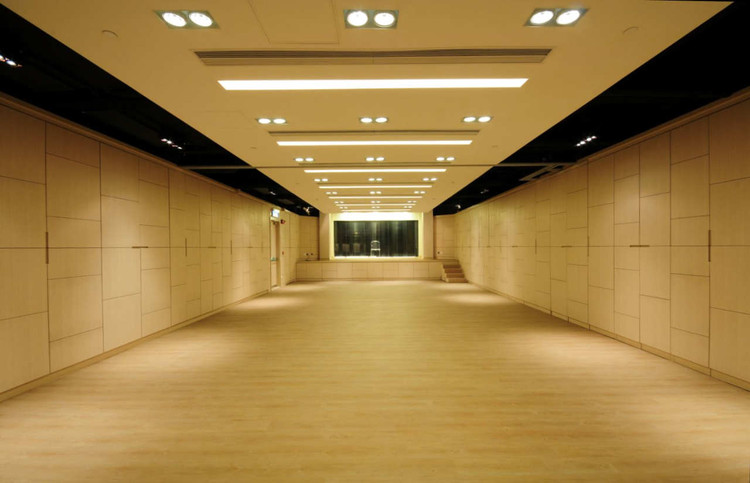 Text description provided by the architects. Revitalisation of existing spaces has been a keen initiative of the government in recent years, with a focus leaning on historical architecture and industrial buildings. As the recently completed Hong Kong Federation of Women T.S. Kwok Service Centre demonstrates, spaces that fit for adaptive reuse may not be limited to what we have always known. Designed by Barrie Ho, a renowned architectural designer in Hong Kong, the new Centre takes up an urban space once deemed inhospitable under the Canal Road flyover. With immense creativity and an articulate contemporary architecture design, residual spaces could also be transformed into places pleasing and practical.

Situated below the Canal Road Flyover, the single storey T.S. Kwok Service Centre is built upon a donation from the T.S. Kwok Foundation. Extending to a length of approximately 80 metres to occupy a site area of some 9,500sq.ft, the architecture houses a variety of rooms to cater for the future activities of the Centre, including the administrative areas, a multi-function room, a lecture hall, a display gallery.

Canal Road runs through some of the busiest sections of Wanchai and Causeway Bay. Encircled by high rises alongside the flyover, the space underneath is only dimly lit. The Centre has used a lot of glass panels to create a figurative sense of freshness, while at the same time conveying a literal visual transparency to pedestrians in the streets. Construction materials are crisp in their expression to help build an orderly image for the Centre.

The architecture of the Centre has also taken into consideration the impact of its building mass on the surroundings. The height of the Centre stops at 2 metres away from the underside of the flyover, allowing fresh air to pass through. The Centre is also set back from the supporting columns of the flyover by 1.5m each, minimizing any impact on the overarching structure. More importantly, the Centre has given a new lease of life to a once residual space, rejoined the torn urban fabrics as much as reinvigorated the dynamics of the neighborhood.

For Ho, it is more than an honour to have designed this ‘architecture under the bridge’ for the T.S. Kwok Foundation and the Hong Kong Federation of Women. “I hope that this project could serve as a case study demonstrating the plasticity of leftover spaces in Hong Kong. With a relatively unconventional approach of creative revitalization, it is hoped that some of the land use issues specific to Hong Kong could be alleviated.”

Overhead bridges are a city’s response for a connected circulation amidst its dense population and its network of closely knitted architecture. The Canal Road flyover is only one such creation in Hong Kong, and its space underneath is far from being the sole location suitable for adaptive reuse. “The Connaught Road flyover opposite the Shun Tak Centre in Sheung Wan and the Eastern Corridor both provides some of the ideal locations for ‘architecture under the bridge’. With the city long endowing these now latent resources, I hope the respective authorities could come up with the favourable conditions to facilitate their active conversion for the benefit of the organizations in need.” 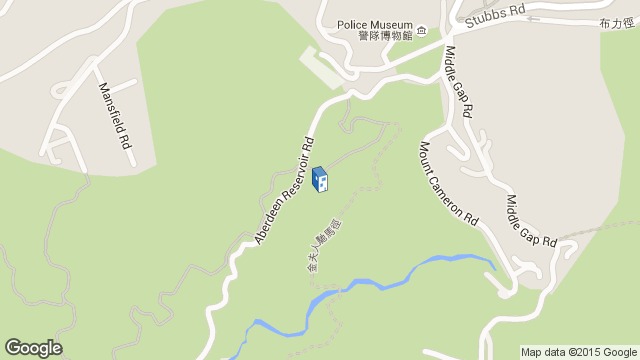