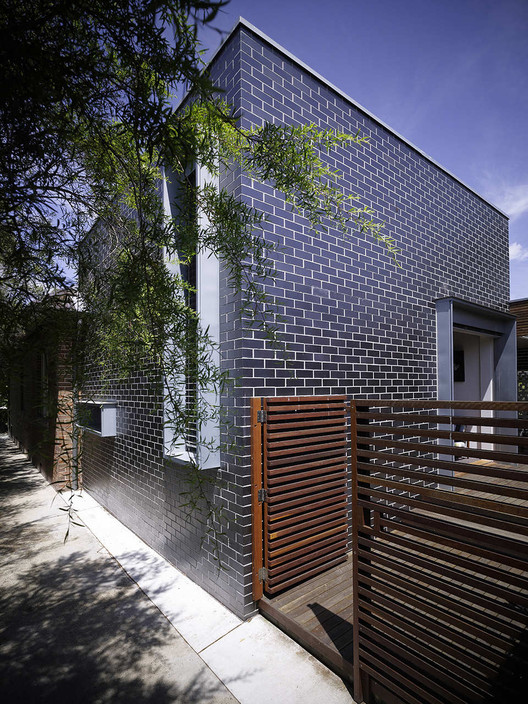 Text description provided by the architects. The Sydney suburb of Haberfield was laid out to the principles of garden suburb design early in the twentieth century. High quality houses designed by estate architects were built for sale and strict covenants were placed on allotments to ensure a continuation of design intentions. Thus one of Australia’s best repositories of Federation era houses was built. Mostly the houses were modest in size, with generous backyards and represent an Arcadian version of the Australian suburb.

In the post-war period many of the houses were transformed in an inappropriate manner before the suburb was declared a Conservation Zone and greater design control was initiated by Ashfield Council. Whilst Ashfield Council has been fighting against the demise of the suburb’s unique Federation architecture; their approach is to take a very literal approach to heritage.

Very few houses have escaped the ubiquitous back yard extension. Typically, a long low rear addition with a near flat roof hiding behind the original house is parked onto the back to double its floor area. The junction between the two parts tends to be very awkward and the quality of the spaces, due to the very low ceilings, compromised. This style of addition is so common that Ashfield Council have accepted it as the preferred approach to the pressing needs of additional space.

With this project, the existing house had similarly suffered a series of poor quality alterations that meant the house had confused internal planning and little relationship to the garden.

- Within the existing footprint of the house, reorganize the spaces to make better utilization of light, ventilation and the outdoors;

- To propose a more robust design response to the need to extend that respects the original house design within a contemporary idiom.

Most of the new works are concentrated at the rear of the house, where a dark glazed brick clad living cube creates a grand room with a high timber veneer ceiling and generous opening to the garden. The cube creates a secondary, contemporary form that is clearly distinct from, yet connected to, the front of the house and is subservient to the main pyramidal roof of the original house. The parapets of the cube formally terminate the extended eaves line of the original house.

A timber batten clad outdoor room attached to the kitchen provides a protected space for open-air dinning. It incorporates a clear polycarbonate roof lined on the underside with painted timber battens, giving the striated light of a pergola. The timber batten walls are clear finished iron bark, with one side incorporating a white breezeblock wall that was saved from the post-war additions. The space between the outdoor room, the living cube and the detached masonry garage is stitched together with a timber deck set level with the internal spaces. Underneath the deck a 5000 litre tank collects rainwater for toilet flushing, clothes washing and irrigation.

The design provides a new model for rear additions in Haberfield.