Text description provided by the architects. The Homeless World Cup is an annual event, in which teams composed by homeless people from all over the world meet for a Football World Cup. In 2010 the tournament took place in Rio de Janeiro. For the first time, the organizing committee decided to build a Legacy Center, whose objective is to create continuity of the work with sport as a mean for social change.

An international design competition for the Legacy Center has been organized by Architecture for Humanity, together with Homeless World Cup, Bola Pra Frente and Nike Game Changers.

Lompreta Nolte Arquitetos and Nanda Eskes Arquitetura were the authors of the winning entry, and since January 2010 have developed the project for a Community Center in Santa Cruz (suburb of Rio de Janeiro) together with Daniel Feldman, design fellow of Architecture For Humanity. The project sponsored by Nike Game Changers had to work with an extremely limited budget and was divided in two construction phases, the first a public community facility, the second to host the Institute Bola Pra Frente.

For the first phase, inaugurated in October 2010, the architects imagined a building that performs as a ramp. It functions as a sloped public square, with vegetation and landscaping, including seats. The ramp can also work as a stand for cultural activities, shows, films, etc… Furthermore it symbolizes the arrival of the Institute Bola Pra Frente and will be the future access to the second construction phase. From above the ramp, people have a new perspective of the community and the environment; a new perspective which symbolizes the change, which Bola Pra Frente brings to the community of Santa Cruz with its work of integration by the use of sport as a social catalyst.

The building under the ramp contains locker rooms, restrooms, a classroom and seats to watch the football pitch. The facade faces the pitch and the roof-ramp faces the cultural activities. On event days people gather all around the building, bringing active life to this part of the community. The architecture works as a fluid object, where floors and ramps, facades and ceiling represent one single element.

The materials used in the low budget construction reflect an industrial language: walls and floors in cement, facades in metal mesh and translucent roofing elements, ceiling in OSB.

For the conclusion of the ramp-square, the architects are planning a community-based process, in which the finishing for the seats and ramp are to be made together with the local community. Recycled materials, residues from the local industries, are to be used. The aim is to start a process of professionalization for community members and create a sustainable living for local families.

The second phase of the project – the Institute Bola Pra Frente – will sum about 3.000m² and is actually in phase of conception and fund raising. 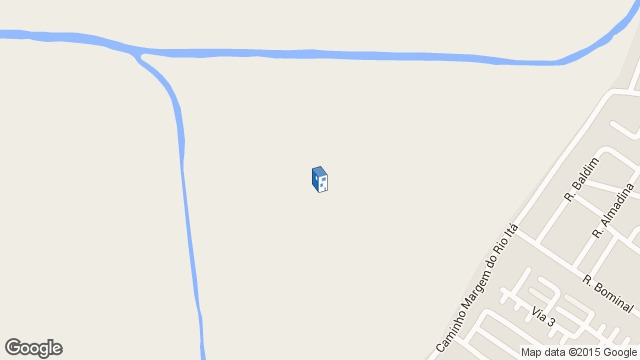 Location to be used only as a reference. It could indicate city/country but not exact address.
Share
Or
Copy
About this office
Lompreta Nolte Arquitetos
Office
•••
Architecture For Humanity
Office
•••
Nanda Eskes Arquitetura
Office
•••