Save
Brandon Firehall No.1 / Cibinel Architects 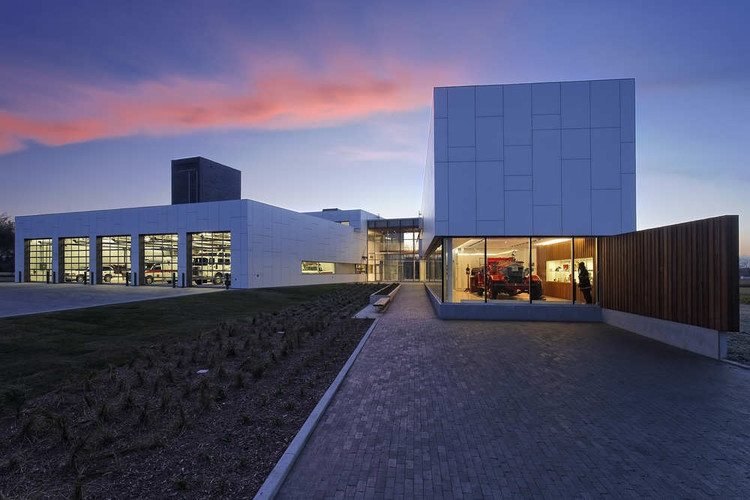 Text description provided by the architects. The dynamic new 30,000 sq ft Brandon Fire and Emergency Services Building validates the idea that a primarily utilitarian program, which often times results in a prefabricated solution, can become a sophisticated architectural project that contributes to its surrounding community and landscape while still fulfilling its demanding functional requirements and modest budget.

The facility is divided into two formal components, a fire hall wing and an administrative wing. Severing the two components through the formal gesture of a pivot appropriately orients the fire hall wing with the street and aligns the administrative wing with the creek to the northwest. The separation allows daylight to penetrate the buildings on all sides, and a single-loaded corridor animates the façade with human movement and activity. A minimally detailed, non-programmed transparent volume situated between the two wings acts as a dramatic entry into both sections of the facility, mediating the two programs with a thin hovering glulam bridge.

The public entry engages and welcomes the community with a generous landscaped public ‘plaza’ enclosed by the museum to the north, and the apparatus floor to the south. The museum features a “Bickle”, an 80-year-old fire truck situated as if it is ready to take off to the next call, while the apparatus floor houses the current emergency fleet. Extensive glazing surrounding the plaza highlights the rich history of the fire department in the City, and allows visitors a glance into a state of the art facility.

A dramatic hose tower stands proud in the landscape and acts as an urban marker for people entering the City along the neighbouring street. Through a series of walls and fire separations, the tower also acts as a training facility and exit stair connecting the apparatus floor with the dorms on the second level. By integrating training facilities within the building, the availability of low ad no-cost training opportunities was expanded. Impervious dark brick cladding descends the tower and wraps around the building’s horizontal walking surfaces, allowing for a natural runoff of water to be reabsorbed by the site’s indigenous grasses.

The solution integrates functionality seamlessly into the aesthetics, giving appropriate expression to the demands of the facility while creating unique and effective civic presence in the community. 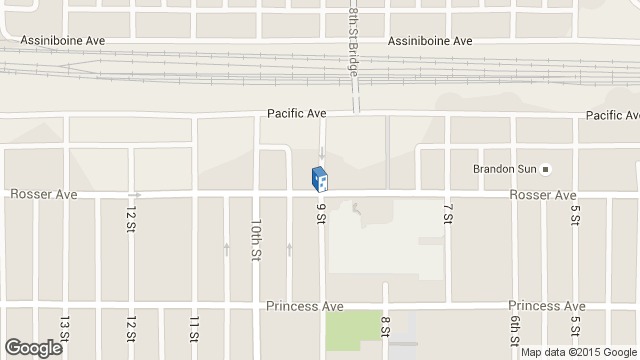 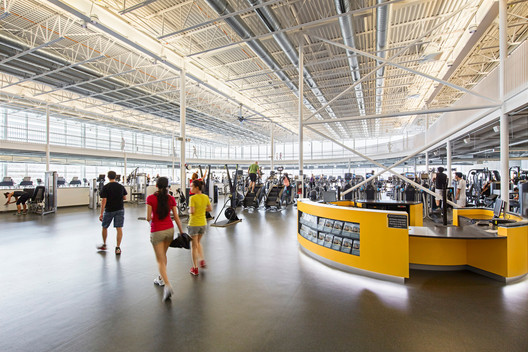 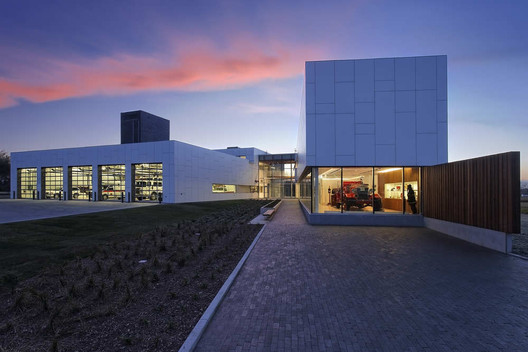