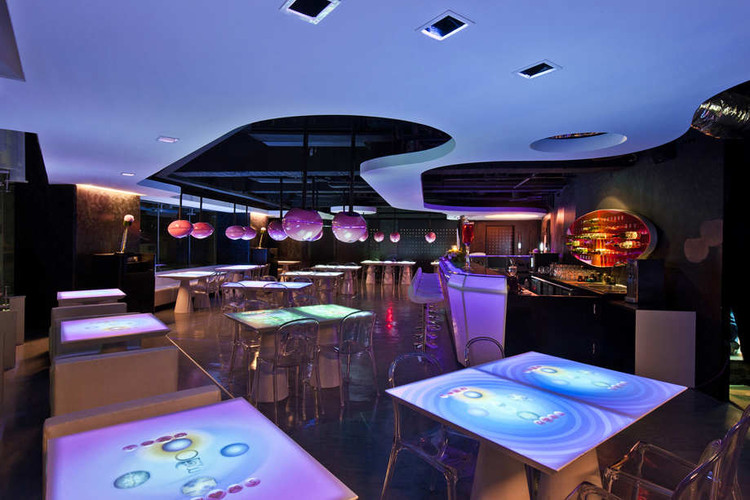 Text description provided by the architects. If a beautiful space is deprived of solid materials of which you are familiar such as wood, iron, stone and glass, then what is left? Yes! It is only the users of that space that remain. In other words, it is the objects combined with the movement and behavior of the organic entities which create an actual space. If the contents of a space only exist for the users, then the behavior of those users is the most important factor in meeting the needs of that space. While user behavior in relation to space is an essential element in design strategy, in this unique restaurant design, the client and the designers tried to define and construct a new type of user behavior in restaurant.

User expression
In the construction of a space, the people using the space are the most important part. The expressions from the users also provide most attraction of one space. To design a restaurant which determined to make people happy, the happiness expressions from the customers becomes the most important value in our design process. Therefore, we convinced the client to minimize the other spatial elements and focusing on the behavior of customers.

Touch
MoJo iCuisine is the first realized, fully interactive restaurant in Taiwan. The moJo iCuisine interactive dining table is a modular table being able to seat two diners. It is equipped with touch sensors and an attractive visual interface. The interface is projected by way of an overhead installation; specifically designed to be viewed from two opposite orientations.

The touch sensors allow diners to interact in several different and interesting ways. For example diners can touch and toss the circular menu, directly order dishes from the kitchen, change the digital table cloth, view advertisements, play games, fill out opinion forms and check or pay bills. When a user orders a dish the kitchen will receive it in real time, allowing the chef to make it immediately while concomitantly being charged on the bill.

The interactive tables are overlaid with vivid and colorful changing graphics providing for delightful and impressive moments. The interface itself also creates a flourishing and colorful landscape that ensures a memorable dining experience.

Integration of visual components
For the implementation of the moJo iCuisine project we designed not only the overall visual appearance which included the entry images, business cards and interactive table but also the establishment of a database system according to the “service design” concept.

The information system linked with the interactive table can be used to record and track consumer preferences, compiling statistics on the operation of the restaurant. The integration of visual elements resulted in the dynamic qualities of space, from static images to an interactive video interface. Biological organisms were also highlighted such as the projection lamps being arranged in the air like a group of organized life.

Hyper Surface
The Hyper surface use electronic data flow rather than paper, saving both space and resources; in addition to enhancing relationship development between users. The communications and interactions between people create infinite possibilities for space. Through the hyper surface designed in this project, the restaurant becomes a space that people can communicate with each other. Also, the communication between the user and the restaurant is also a interactive relationship. 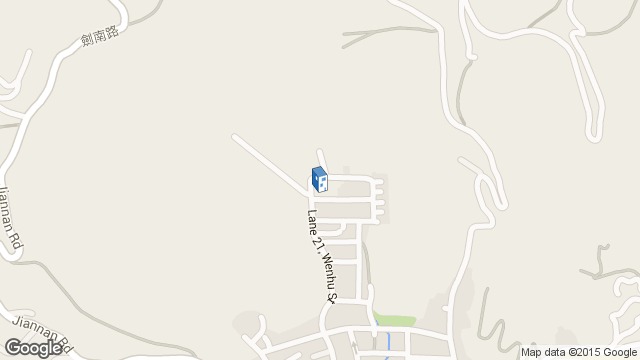 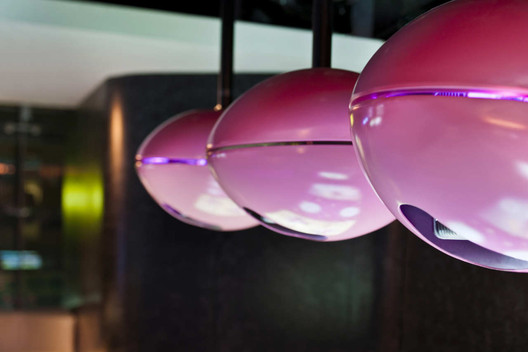