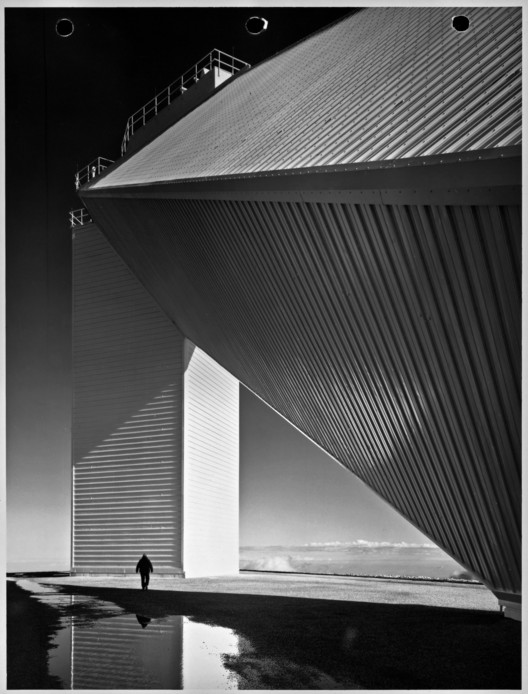 Text description provided by the architects. Completed in 1962, the McMath-Pierce Solar Telescope designed by SOM is a classic example of great architecture built for a very specific purpose. It was mainly designed for studying the physical and chemical features of the sun and is the world's largest unobstructed aperture optical telescope.

More on the Robert McMath Solar Telescope by SOM after the break.

Owned by the Association of Universities for Research in Astronomy, the heliostat weighs almost 50 tons and sits 100 feet above the ground atop a concrete tower, circular in cross-section. The purpose of the heliostat is to direct the sun's light down the long shaft, which continues underground to the telescope's prime focus, which has a resolution of 2.50 arcsec/mm.

In addition to the primary 1.6-meter mirror, there are East and West-auxiliary telescopes that act independently from the main heliostat. Both of these auxiliary telescopes are 0.91-meters with a shorter focal length of 50 and 44 accordingly, and resolution of 5.11 arcsec/mm and 5.75 arcsec/mm.

The tube is a shaft of about 500' in length, inclined at an angle of 32 degrees to the horizontal. For the most part, the tube is buried in the ground where the temperature fluctuates less than it does in the air. Protecting the heliostat from wind movements is very crucial, so a steel jacket was designed as a structure standing independent of the concrete tower as it emerges from the ground.

Since the telescope is exposed to solar heat and unwelcome thermal airflows, the temperature fluctuations are counteracted by a cooling system which is mounted under the exterior cladding. This system functions by using a liquid that resists freezing even in the extremely low winter temperatures. The exterior wall systems use copper and concrete, and the interior materiality is primarily steel.

It was named after its initiators Dr. Robert McMath and Dr. Keith Pierce, and was the largest telescope of its kind in the world. At it's dedication in 1962, Dr. Waterman read a letter from President Kennedy, which began:

"The great new solar telescope at the Kitt Peak National Observatory in Arizona is a source of pride to the nation. The largest instrument for solar research in the world, it presents American astronomers with a unique tool for investigating the nearest of the stars, our sun. The project is of exceptional interest to all our citizens..." 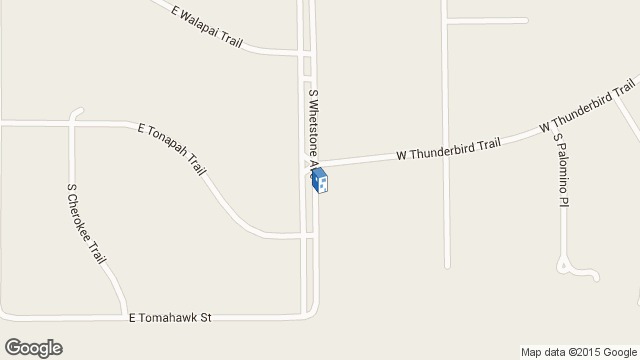