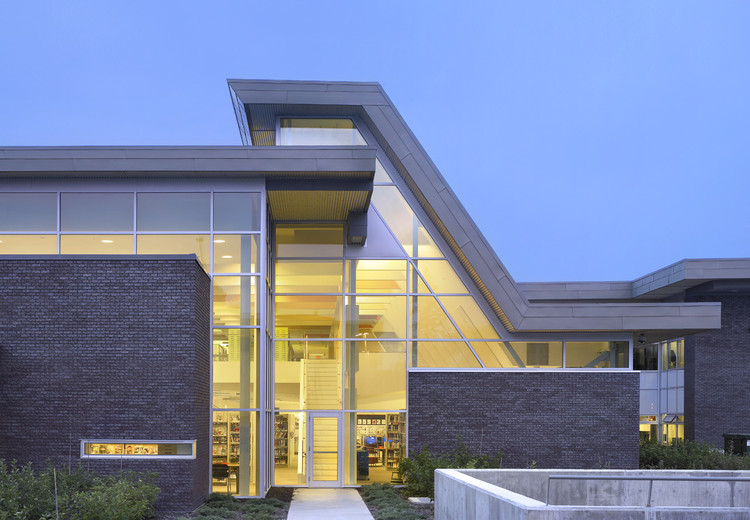 Text description provided by the architects. This two-storey 50,000 sqf building is a new civic focal point, housing a library, art gallery, event spaces, meeting rooms and a café. Both levels of the structure are interconnected visually as well as by a grade stair case. The public spaces, including the community hall, multiple galleries, community rooms and library circulation desk occupy the main level, while the quiet and secure functions, such as the children’s library, quiet study and administrative offices, are situated on the second level, overlooking many of the double height spaces below.

Located in Grande Prairie, Alberta, the heavily contextual form of The Montrose Cultural Centre is an abstract reference to the expansive skies, dramatic light conditions, grasslands and colors of the surrounding iconic Prairie landscape.

Capturing the beauty of the northern prairie light, both literally and figuratively is the key design focus. The curtain wall and large clerestory windows fill the interior with natural light year-round. Both colored and textured glazing introduce the prairie palate into the interior spaces while maintaining interior and exterior views.

Colorful low trusses traversing the east-west axis create a playful and intimately scaled space for the children’s wing. The trusses strategically channel light deep inside the building as well as provide protection from the heat of the prolonged summer sun. The brightly hued fins also generate an irregular patchwork of shapes, shadows and colour recalling the textured Alberta agricultural landscape.

The poetic form of the south elevation reads as an expressive linear gesture reminiscent of blowing prairie grasses hugging the skyline. The transformative qualities of the building materials and assemblies such as the standing seam zinc cladding, pitted brick and coloured exterior glazing create dramatically different light and shadow conditions as time of day and seasons change.

With glazing on 40% of the exterior envelope, The LEED project manages to negotiate the fine line between drawing daylight into the depths of the building thus reduces the need for artificial lighting and heating while also ensuring that the interior spaces do not overheat in the summer months. The highly insulated walls support low energy heating and cooling systems and displacement ventilation. Local materials, such as Douglas Fir, aluminum, glass and pre-cast concrete are used throughout. Carefully sited in relation to the recently relocated City Hall, the building frames and defines a new public green space that marks the edge of the downtown core.

The City of Grand Prairie has seen a considerable population influx and the Montrose Cultural Centre is the keystone in building a coherent civic centre, by animating the downtown, serving the growing community, bringing the public together and providing a cultural anchor for the city as a whole. As such, this building is playing a successful transformational role in the city’s development. Since opening in June 2009, the centre has become the preferred venue for public gatherings, performances, art shows and private events. This building, in the heart of city, has become the heart of the city. 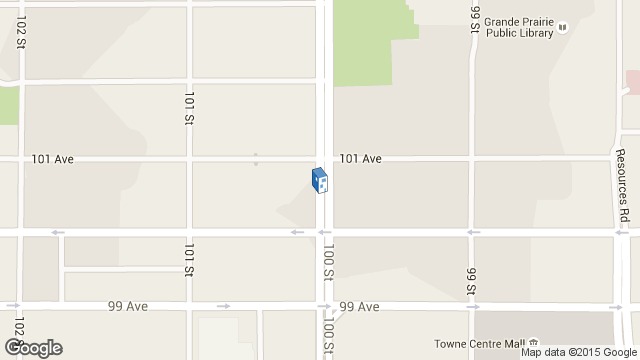 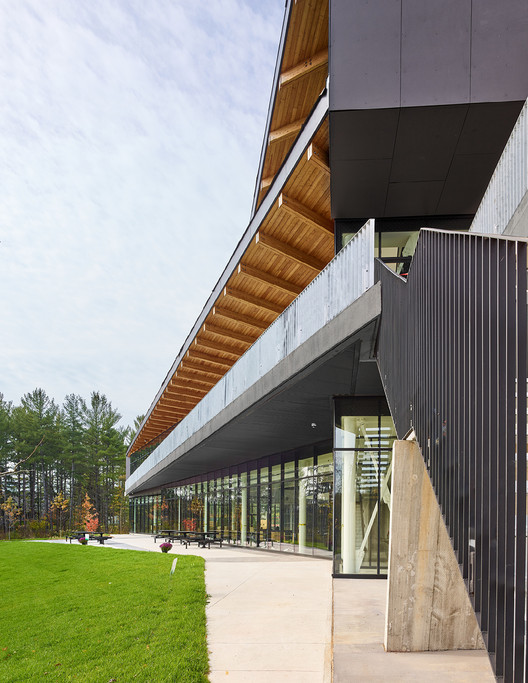