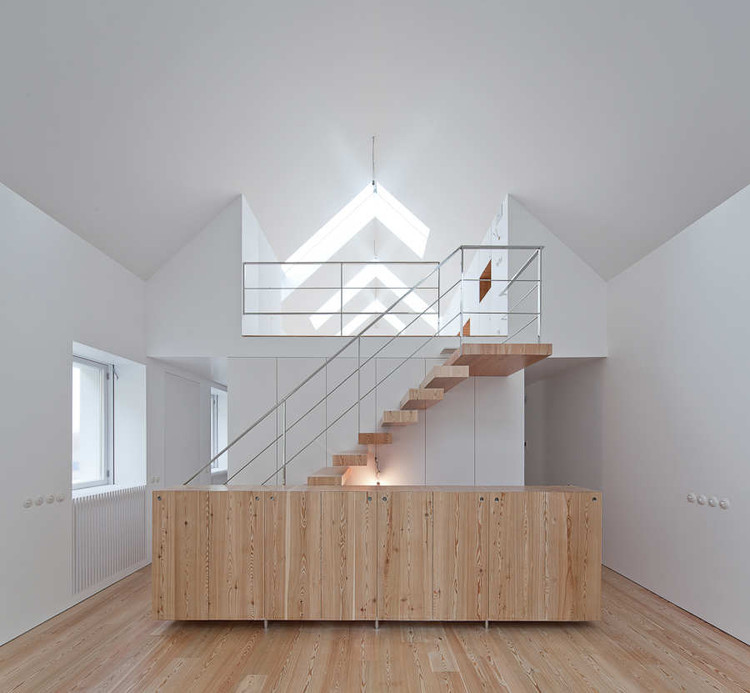 Text description provided by the architects. On a street corner on the Foz of the Douro in Oporto, where once have existed a square and a fountain, the new roads, were built higher "sinking" the pre-existing buildings.

Some of the buildings, unfortunately, were replaced, others with some difficulties resisted. In this batch of street corner, only the robustness of the exterior masonry of granite weathered over the years, which like a skeleton waiting patiently for a new "body."

The project involves the rehabilitation of the pre-existing granite masonry, introducing in its edge, a prism fully coated copper, and with a volume identical to that we thought it was the pre-existent. This new approach, organizes three units: a commercial space, an office and housing. This new "body", frees a park space, which enables the access to housing.

The housing is developed on three floors around the volume of the ladder, whose transparency guarantees the fluidity between the various functional areas of the program.

Inside of the building we used the usual materials: the wood, the marble and the plaster. 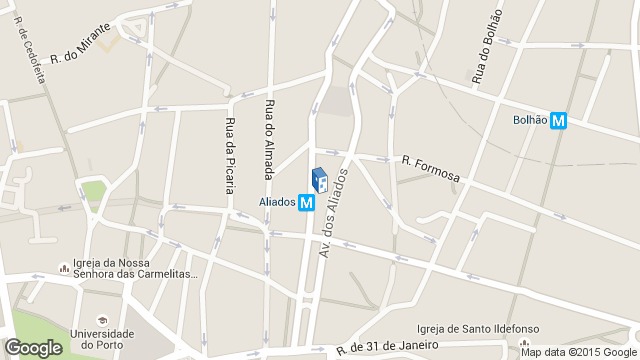 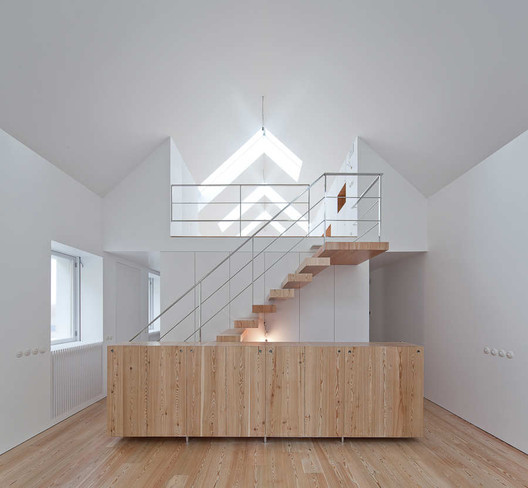