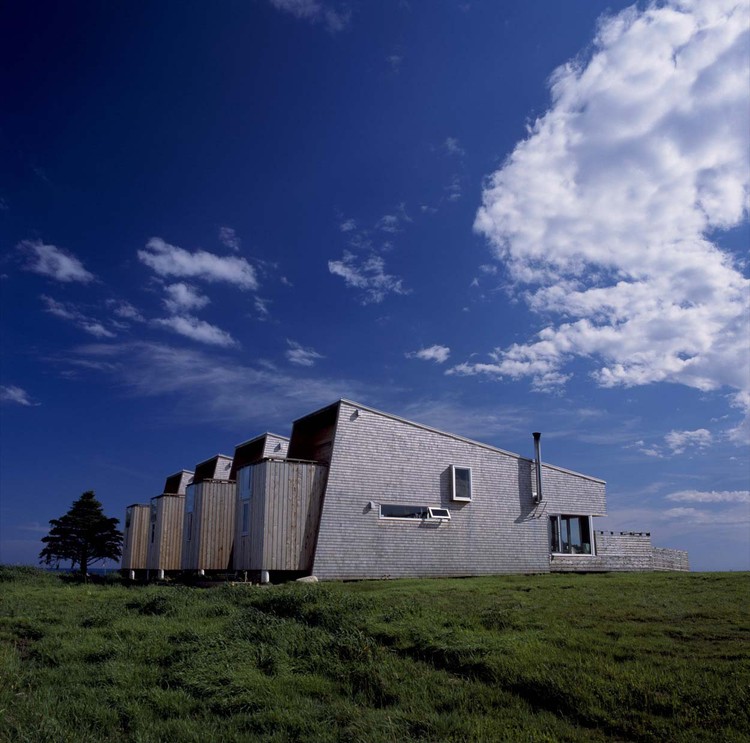 Text description provided by the architects. The Ghost Architectural Laboratory is the research facility of MacKay-Lyons Sweetapple Architects Limited. It is an education initiative designed to promote the transfer of architectural knowledge through direct experience – project-based learning taught in the master-builder tradition – with emphasis on issues of landscape, material culture, and community. For two weeks every summer builders, students, engineers, architects, and professors converge on MacKay’s property to partake in a design/build intership. The one featured here is Ghost 7, the first permanent Ghost project.

Ghost 7 provides lodging for future Ghost participants—an optimistic vision of longevitiy for the project and for the site. While offering refuge in the landscape, Ghost 7 is a perforated, less-defensive version of the archetypal courtyard form of habitation. As a result, the landscape percolates through the scheme. The siting geometry is drawn from the structural grid of the Ghost 5 project opposite.

The four resulting structures can be described both as cabins and as pavilions. They are cabins by way of their limited size (720 sqf) and their modest means; they are pavilions by their ambition to create a rich range of spatial experience within a modernist free plan within the landscape. The series of Ghost 7 buildings, with tight spaces between, is based on the precedent of a collection of a particular, yet typical, group of closely space Nova Scotian fish sheds.

In the manner of Louis Kahn, the parti consists of a “servant box,” wrapped by a larger “served shed.” The servant box contains the sleeping areas, bathroom, kitchen, mechanical services, and balcony; the served shed houses the gathering space. The box is a finished and heated retreat clad in vertical boards while the shed remains raw and unheated and clad in eastern white shingles four inches to the weather.

The post foundations result in a minimum impact on the land. Prefabricated built-up wood trusses the loads into the foundations. The envelope consists of a rough-sawn wood two-by-four stud frame. The metal roofing is corrugated Galvalume.

To view a video of last year's project click here. 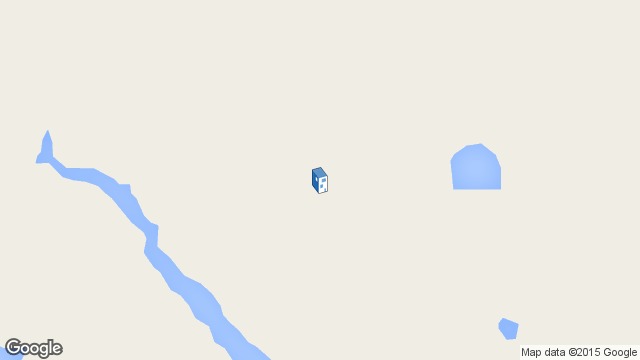 Location to be used only as a reference. It could indicate city/country but not exact address.
Share
Or
Copy
About this office
Mackay-Lyons Sweetapple Architects
Office
••• 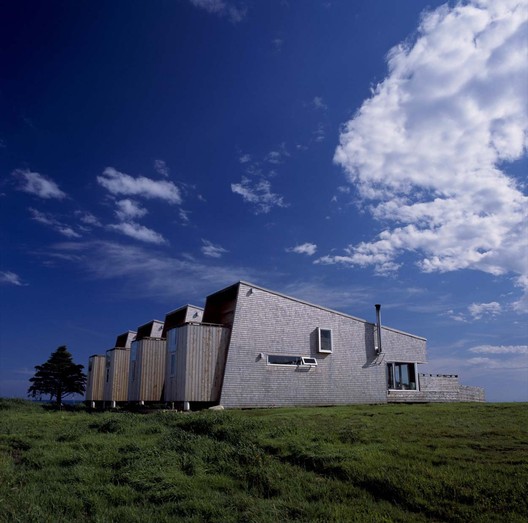