Save
House In Leiria / Aires Mateus 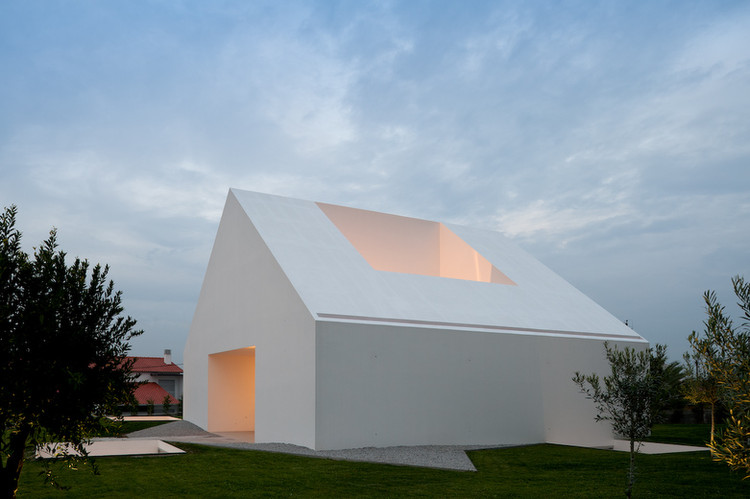 Text description provided by the architects. The site is on the outskirts of Leiria, in a high position overlooking the city.

The functions are banal: a house divided in private area with bedrooms, and social area with living-rooms. The private areas are at street level under the plot, around a central courtyard with rooms opening to private patios in a intimate environment. The living rooms are around a void, that collects light from above and gazes the castle at the city centre.

The house is a recognizable archetype emptied of its centre by the light designed by a three heighted courtyard that opens horizontally at the garden level. The bedroom courtyards, revealed in the garden, relate with this archetypal object providing different readings on its scale. Scale and volume are controlled in a chaotic context, with a clear identity that from its core relates with the historical legacy far away: the Leiria Castle. 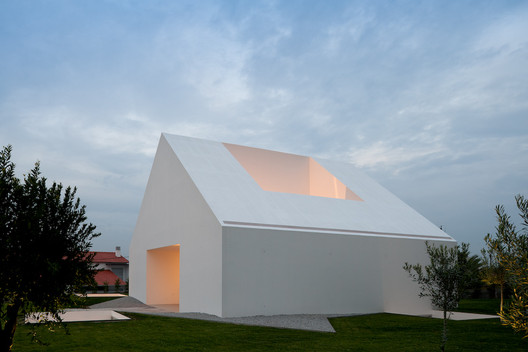