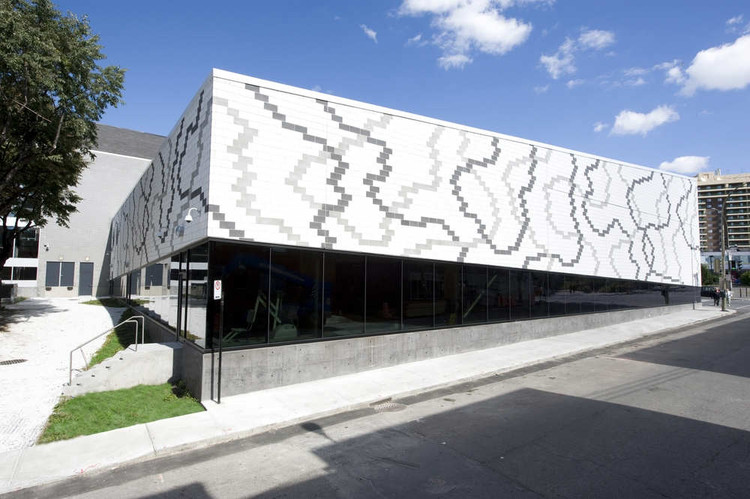 Text description provided by the architects. In the past, the Sainte-Marie neighbourhood, a grid of streets lined with working-class housing, small shops, and industries, drew little attention as a centre of urban life. But gradually, at the corner of Rue Ontario and Rue Frontenac, a cultural centre, preceded by a Métro station and followed by a sports centre built nearby, became a source of pride for people in the area; the institutions gave them a sense of belonging sand were well attended.

Fourteen years after receiving the mandate for construction of the first phase, architectural firm Saia Barbarese Topouzanov was recently asked to work on the expansion of the Centre sportif Jean-Claude Malépart, named for the member of the National Assembly who defended the rights of the disadvantaged in his Sainte-Marie riding.

The 1996 building was to become a sort of crossroads that would continue to serve the existing facilities – gym and community halls – while giving access to a new ticket booth, a half-Olympic-size swimming pool, and a wading pool, along with a changing rooms, training room, a room for lifeguards, a storage area, and spaces for related services. 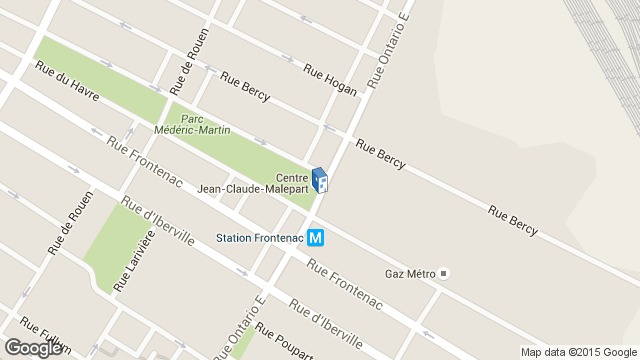 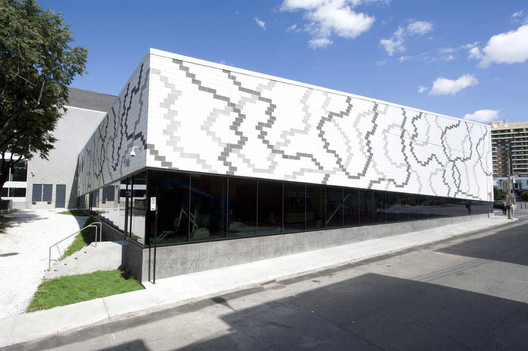