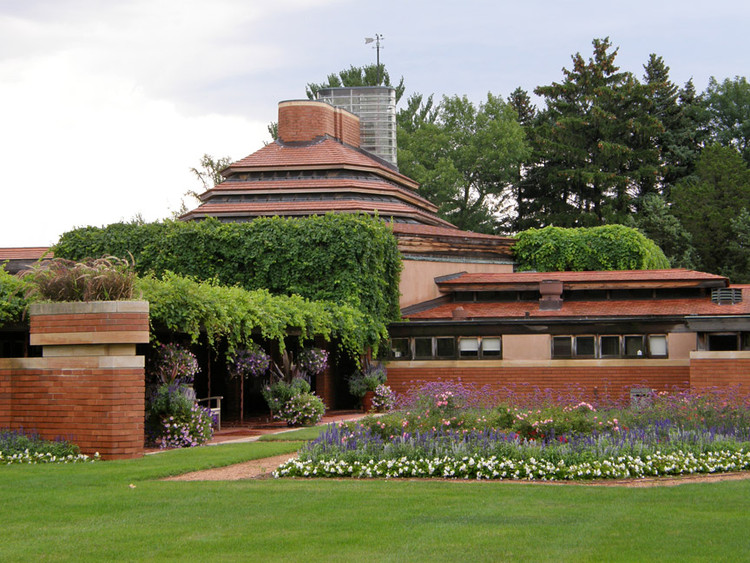 Text description provided by the architects. One of the many houses designed by architect Frank Lloyd Wright, the Wingspread also known as the Herbert F. Johnson House represents many of the key themes found in all architecture of Wright.

Designed for Herbert Johnson of the Johnson Wax Company, the house was built only a year before their renown corporate headquarters in Racine.

The basic layout of the house is centered around the core living room space, referred to as The Great Hall on the floorplans, with four wings extended forming zones for the family. These include the master's bedroom, children's rooms, kitchen and servants quarters and the guestrooms and garage.

The gigantic dome of the living room features a tall stone shaft that rises from the center, housing a total of five fireplaces. This massive chimney structure further separates the house, dividing the living room into four spaces; entrance, living room, dining room and library.

Totaling fourteen thousand square feet of floor space, the house was monumental in it's time.

As in all of his work, the play of light within the Wingspread is remarkable. Opened up by rows and rows of skylights, the living room is flooded with natural light. Wright also incorporates views betewen levels, allowing family members to look down into the central spaces.

Flooring is constructed out of four foot concrete squares, which help moderate the temperature of the house through their use of radiant heating. The slight glossiness is achieved using none other than the homeowner's Johnson Wax which was specifically designed after the construction of this house and and the corporate headquarters.

To add a playful touch to the elegant and beautiful interior of Wingspread, Frank Lloyd Wright introduced a spiral staircase for the children that led up to a lookout (or belvedere) on the roof.

Upon completion of three-quarters of the house, Mrs. Johnson passed away which led to an increasing disinterest in the construction of the house for Mr. Johnson. Wright once said that upon experiencing life within the house that she had desired so much, Mr. Johnson was able to be rejuvinated and find himself again.

In an autobiography, Wright is quoted to have expressed complete satisfaction with the high level of quality and workmanship found in the home's woodwork and furniture.

"Wingspread has the best brickwork I have seen in my life, and the materials of construction and the workmanship throughout are everywhere substantial." 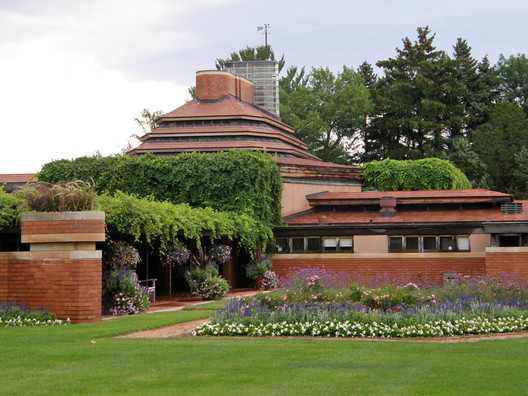