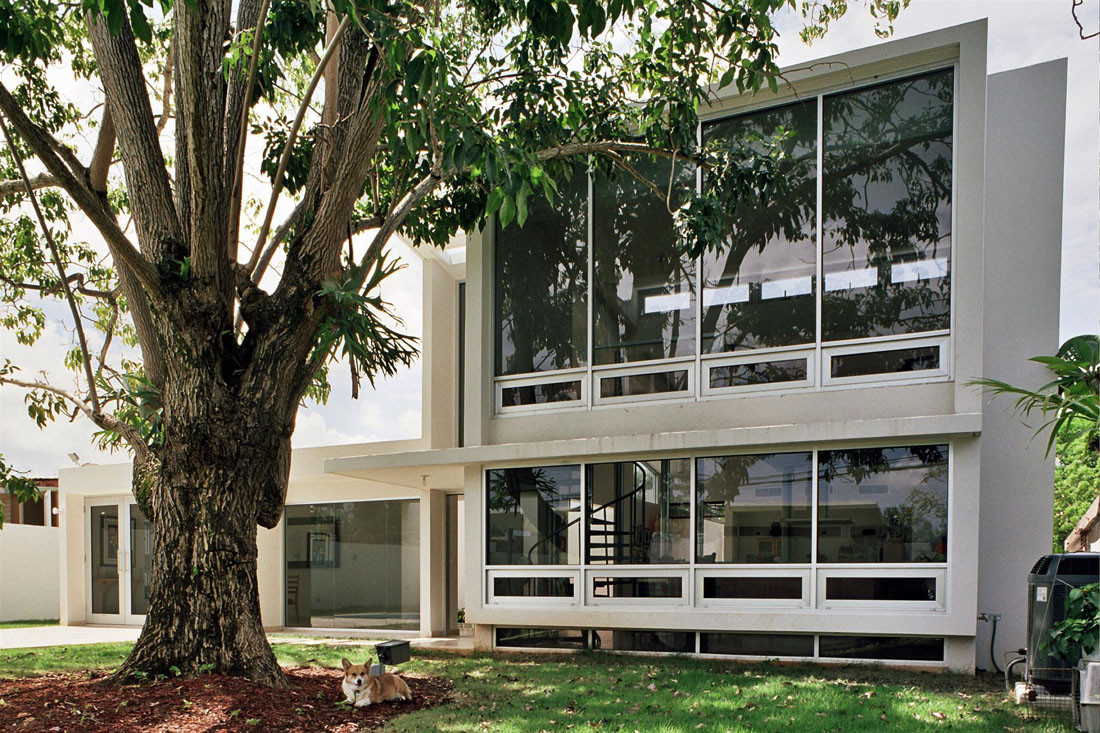 Text description provided by the architects. The Alhambra house is located in an upper-middle class neighborhood composed of single-family residences arranged on a garden-city type urban lay-out . The residence sits on a lot of 950 square meters, and is flanked by similarly sized parcels on both of its sides (east and west); the south side of the property is defined by the street, whereas the north side butts the metropolitan train system.

The clients/residents were a young professional couple with two small children. They were both well-traveled and shared a common interest for modern design and architecture. The given program simply called for a house with "a central, open kitchen, a studio-office loft, open living spaces, and a general reorientation towards the patio". The decision to re-use the existing structure was determined by 3 main factors: (a) budget constraints, (b) the desire to minimize the creation of off-site waste, and (c) restrictive zoning guidelines for new construction.

The existing house contained a monumental Japanese oak in its patio, a fact that shaped the basic design strategy for the project, as we decided to enhance it by focusing the new living spaces around it. By doing so, the tree not only became the visual centerpiece of the intervention, but was also made into the principal temperature-control device, as both light filter , and natural air conditioner . The design also incorporates large glass doors and windows, as well as central skylights distributed throughout the house, bringing natural daylight in order to reduce electrical illumination during the day.

The main living space is covered by a south facing sloping roof that was specifically prepared to accommodate water-heating solar panels, and a photo-voltaic battery-charging system. Because of budget constraints, these last two were postponed for future installation.

The project also incorporates a swimming pool and an outdoor gazebo . The gazebo echoes the opening-towards-the-tree gestures and the constructive elements of the main structure, while the pool, in addition of being a recreational water oasis, serves as connector between the main house and the gazebo. 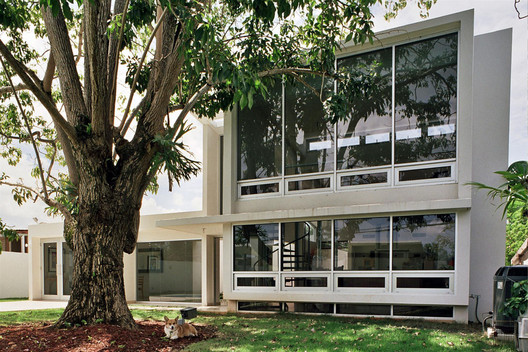