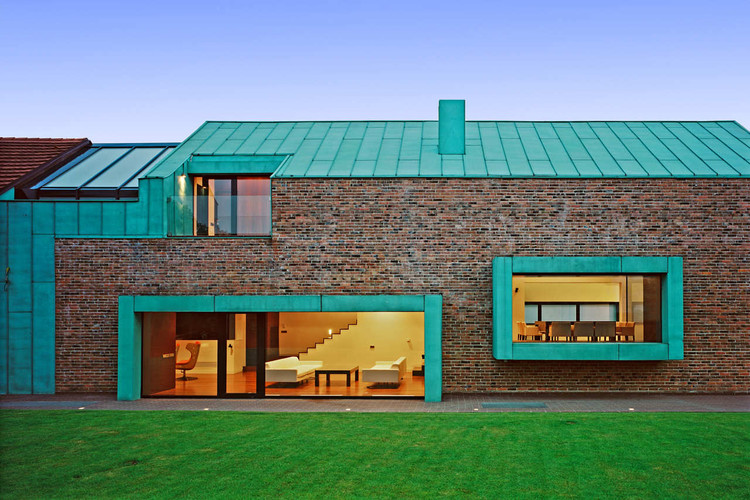 Text description provided by the architects. Varaždin, a historic city in northern part of Croatia, is known for its well-preserved Baroque architecture. The narrow streets, squares and parks, facades with its ornaments contribute to the identity of the city. The house is within walking distance of downtown. One-story house with the longer side of the façade along the street, is the most popular building type in this district since the 18th Century . Such houses met the needs of the residents and were in relation to city size.

Varaždin residence consists of two parts, the older and more recent one. The living room comprises the entire ground floor of the new house. We can say that the everyday life takes place between two winter gardens.

A winter garden is located on the gable end of the new house. It is a dynamic and modern accent in the design and emphasizes the traditional typology. The other one is inspired by the old house and is designed as an abstract aluminum cube with strict geometrical lines and emphasizes abstract character, as a contrast to the old house.

Palm trees are geometrically arranged in the first glass house and act like an ornament in a minimalist interior, and in the second greenhouse, the plants are free, dynamic, fragile and inconsistent with the severe form of the glass house.

At the junction of old and new house in the roof plane appears as a hinge element, the glass-enclosed bathroom. This is a transitional subject and it allows the old and the new house to remain autonomous. The novelty is in counterpoint to the old, and in this way the old bacomes a part of a present.

On the streets and courtyard facade windows are pulled out in a form of a parallelepiped with copper frame. The house is a fine example of the modern building with regard to the location. The sign system is transformed into new expressions and functions. 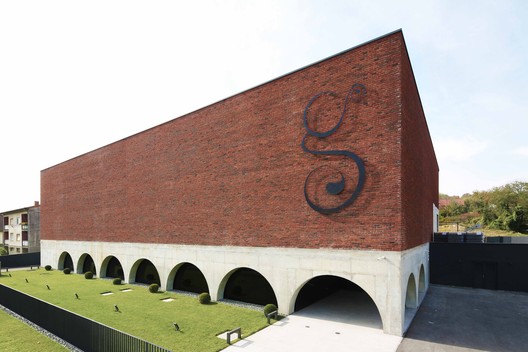