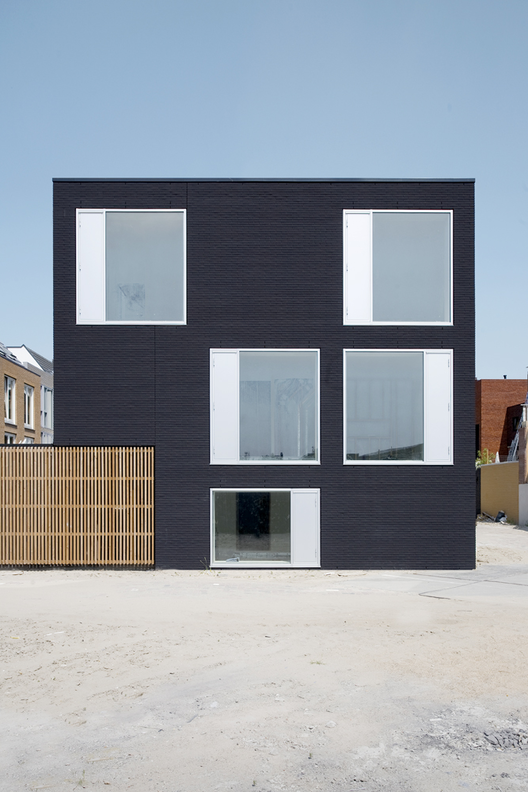 Text description provided by the architects. V35K18 residence is located on the southern corner of an urban block comprising 18 utterly different houses. Due to its distinct design, clear materialisation and dark color the compact building forms a dominant ‘corner stone’ within the existing urban fabric. All architectural details are subordinate to this principle. The massive brick volume is detached from the adjacent neighbour building by a glazed void and the square floor-to-ceiling windows are detailed flush into the facade. The smaller but longer ‘Hilversum-format’ of the bricks allows for an surprising elegancy and noblesse, and at the same time the black color of the facade associates directly with the traditional Dutch buildings dating from the 16th, 17th and 18th century.

Functional, the residence is set up in a classical Dutch way: work related program is located on the ground floor, living on the beletage and sleeping on the upper floor. The spectacular cascade stairwell situated in the glazed void on the long side of the building, generates an overwhelming space between the public and private realm.