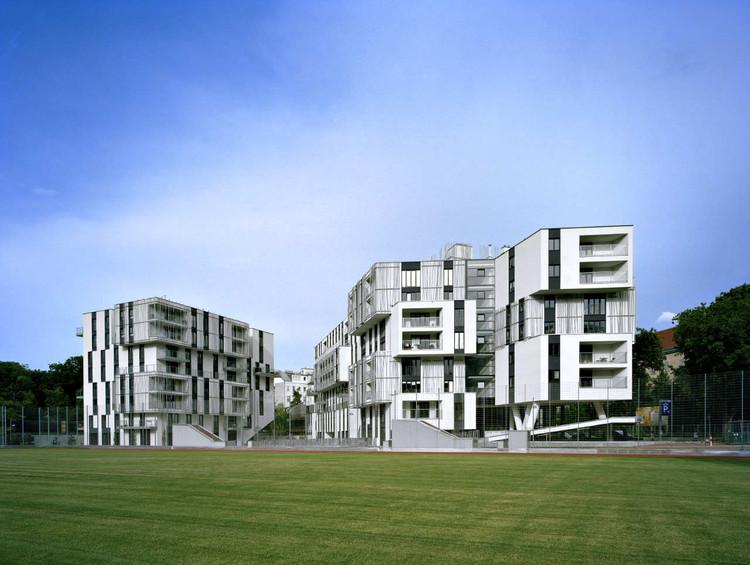 Text description provided by the architects. The proposed project responds to the described situation with a linear building structure along the Sensengasse and a free-standing, “point-house” positioned in an extended park.

The linear construction, composed of three connected individual buildings, creates a membrane-like break between the park area and the urban space. In doing so, particular attention has been paid to permeability with paths and visual connections in the direction of the park on the one hand and the partly two-floor ground floor area forms part of the open urban space.

These spaces with their views upon the surrounding greenery create a “green break” in association with the untouched and completely preserved tree avenue in the Sensengasse which fuse the façade of the garden and the airy opening of the “vertical green” together with the park to form one organic whole. The row of trees along the Sensengasse is taken up into the arrangement of the individual structures, so that the project reacts with sensitivity to the existing tree stock. The green area does not end at the perimeter of the property. Instead, it interweaves with the planted greenery of the old hospital, the sports ground and the school.

Through the combination of a sensible development together with an eventful layout of paths through the area, it was possible to maintain the quality of this urban recreational area. The free-standing point house marks the construction’s boundary to the northwest and stands, as a result of the now clearly defined park perimeter, literally in the middle of greenery. 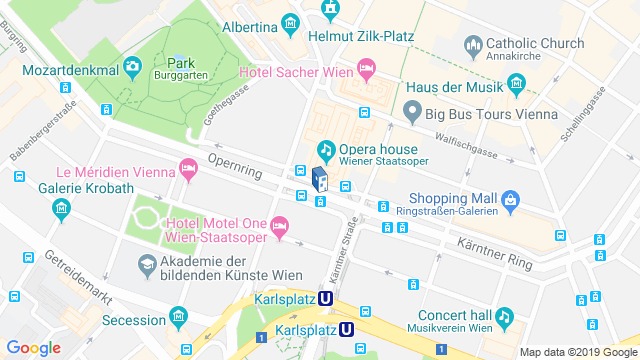