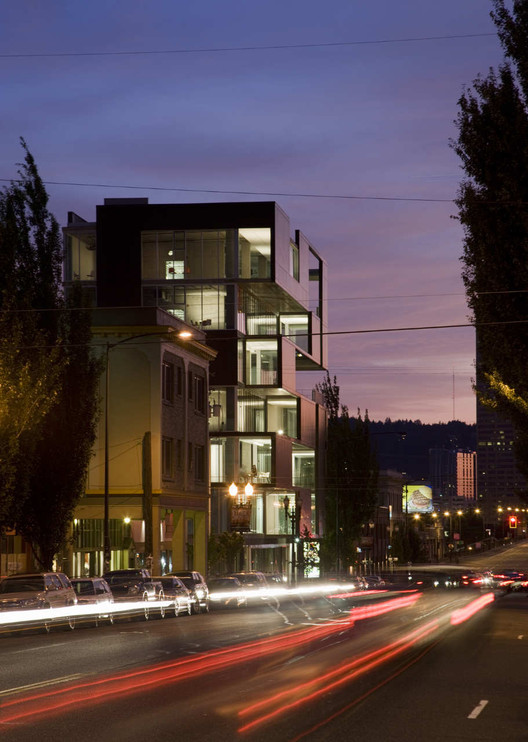 Text description provided by the architects. bSIDE6 is a seven story commercial workstudio building with ground floor retail space that responds to its siting at the edge of historic industrial and commercial areas by combining the economy of a Central Eastside warehouse with the precedent of an arcade district. The 38’ by 100’ site is located in an historic arcade district that was created in the 1920’s when the main east-west city arterial, East Burnside, was widened - essentially carving out and claiming the ground floor of many existing structures. The arcades allowed for a unique pedestrian life unlike any other in the city. An urban design overlay now encourages new buildings to create relationships to the historic arcade structures and to work to reduce the perceptional width of the street.

bSIDE6 explores the elemental relationship of skin and frame by utilizing an exposed post-tensioned concrete frame stretched north out over the sidewalk like an accordion. The skin stretches along with the frame and the result is interstitial spaces that create a modern arcade providing pedestrian protection and city views and light into the inhabited spaces. The vertical circulation core acts as the primary shear wall in the building and allows for most of the exterior of the building to be free for views out to the city and beyond. Studies for the skin addressed overlapping needs for light, views, shade, economy and contextual scale. 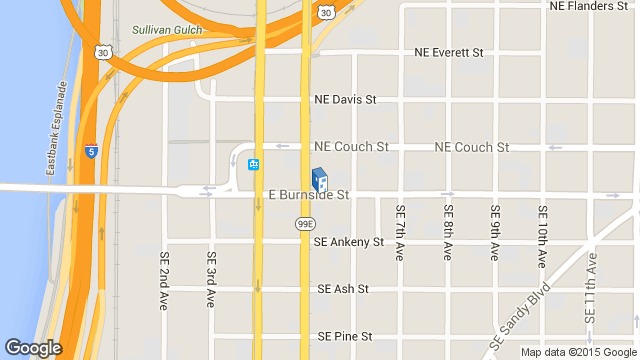 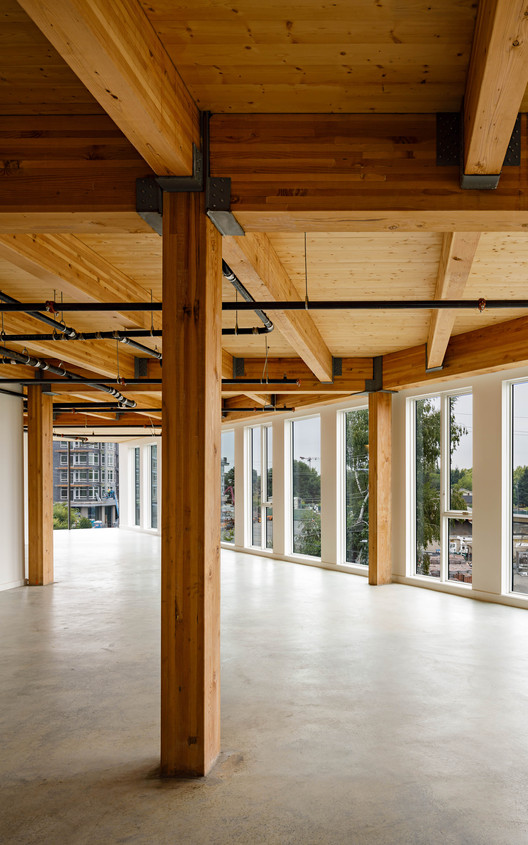