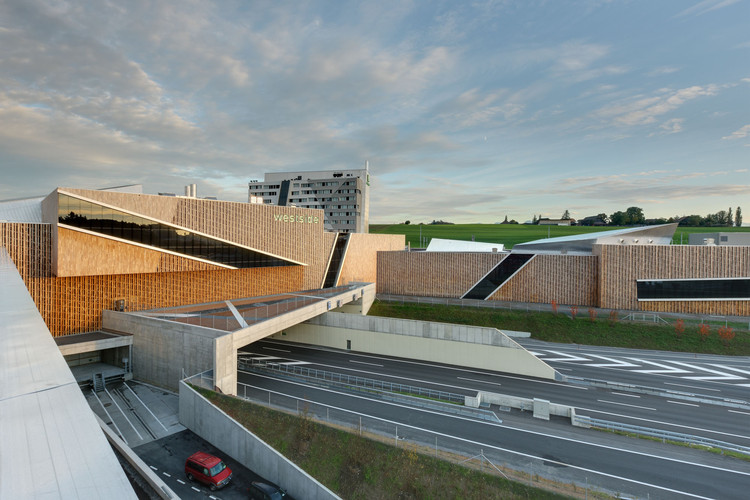 Text description provided by the architects. The Westside project, a new center for leisure and shopping in Bern-Brünnen, is an urban scale architecture project totaling 1.5 million sq. ft. In addition to the 55 shops, 10 restaurants and bars, hotel, multiplex cinema, fun bath with wellness center and housing, this mixed-use program radically reinvents the concept of shopping, entertainment and living. Since opening in October 2008, Westside has welcomed a record number of visitors - 1.5 million in the first three months - and currently sees about 15,000-25,000 visitors per day. The Westside project is a joint venture between ADL and Burckhardt & Partner, Bern with Rhomberg Bau AG/Strabag AG and was completed in October 2008.

Westside is one of a kind - a complex mixture of retail, residential and recreational facilities - an urban marketplace full of experiences that attracts visitors of all ages, interests and backgrounds. With its impressive location above the A1 highway, its direct connection to the tram and the BERNMOBIL transport network, Westside is a meeting place for the whole greater region of Bern. The development creates an exciting gateway into the city of Bern as it dramatically positions itself over the major highway and is integrated into the city with its own highway exit and train stop.

The Westside project creates a unique integration of architecture and landscape on a large, urban scale. The several-layer wooden facade connects the city area with the countryside, while emphasizing Westside as a major destination. Right-angled and transverse cut boxes constructed from steal concrete with a prop grid of 8,10 x 8,10 meters create sophisticated rooms and generate different external areas at Westside.

The concept of Westside was to create a public space with day and night facilities, a self-enclosed district offering endless amenities and services, almost like a city within a city. Westside is not only a landmark, but an urban organism which attracts the surrounding region, becoming a place of excursions, meetings and seminars, and leisurely activities. This mixed-use complex has all the conveniences and services of an independent town, yet at the same time is integrated into the city of Bern due to its location and convenient access to all modes of public transportation.

The mall is the spine of the public space, offering an array of shops and restaurants. Stores such as Swarovski, Esprit, H&M, L'Occitane en Provence, Wolford and Kinderland can be found at the Westside mall. The design includes lower and higher rooms, alleys and two plazas where the changing of daylight can be noticed through roof cuts. The two plazas each have individual identities. One plaza, reflecting the day, is oriented toward the landscape and opens up at the other end to the bath. The other plaza, reflecting the night, connects to the cinema and the hotel while providing atmosphere for night life and catering.

The building design integrates the landscape and the different directions of the site while providing a unique look to the external areas. Extensive window cuts in varying designs open up the facade. This has the effect of creating either a panoramic window for the food court and wellness area or a web of natural light for the circulation area. Furthermore, the views allow you to see the highway, gateway to the living area, the railway tracks and the widespread landscape to the south. This is a unique outside element of Westside Bern-Brünnen. During the day the partly dark tanned window cuts contrast with the light wood facade. At night they are illuminated so that the parts of the structure disappear in the darkness, similar to a picture puzzle, so that from the outside the cuts are recognized as lines.

The cubes forming Westside create openings to the many plazas as well as the bath. They are defined by crystalline form with angular sides which look like pieces of rock breaking through cube. The steel concrete construction is designed like a trapezoidal crystal where the structure creates openings, galleries and arcades, complete with shops and catering facilities. The interior is almost entirely plastered white. The grid structure of the crystal is covered with zinc plates at the points where it cuts the facade and the roof. Overall, the crystals and its plazas are designed like boxes; only the design of the glassine crystal of the bath is differing. The pattern of the mall’s alleys is never the same and it is not enclosed. Tentacled cuts create the spaces of the Mall at the facade and enhance the entrances and exits. The northern part of the mall leads to the forecourt of the train station, the senior residency, the hotel and the landscape. 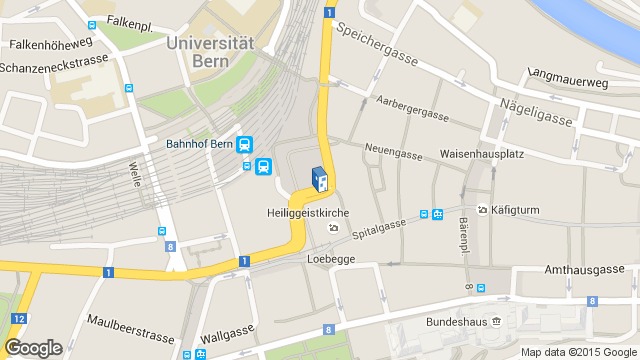