This prototype system, Homeostatic Facade, is the latest in green building design. The line maze like facade consists of material that flexes and bends as an artificial muscle fighting solar heat gain by changing shape on its own. No computer programing or physical adjustments required. The system regulates a buildings climate by auto responding to environmental conditions and has an advantage over other systems because of its low power consumption and localized control.

Check out the video of the moving Homeostatic Facade following the break. 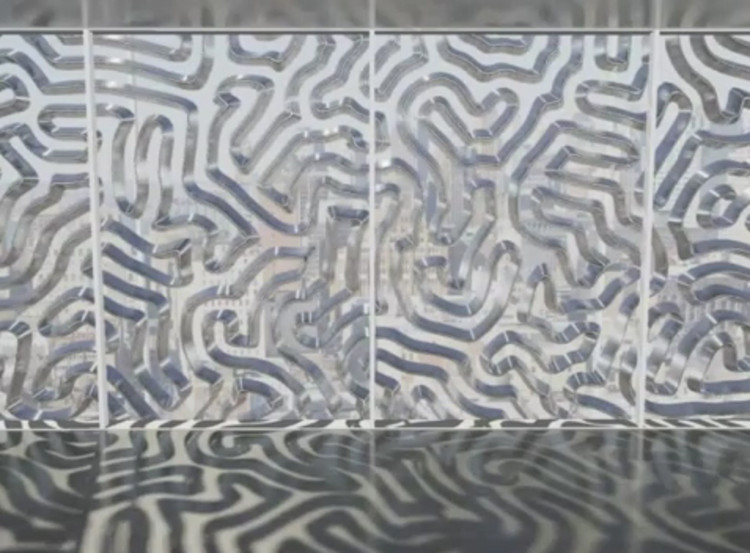 Thanks to Suzanne Labarre’s article “Mighty Building Facade Beats Solar Heat With Mechanical Muscles” over at Fast Company we discovered this prototype for the latest intelligent building technology from Decker Yeadon. The New York based architects focus their design efforts on how they can utilize the most cutting edge material technologies in design applications, offering innovative solutions.