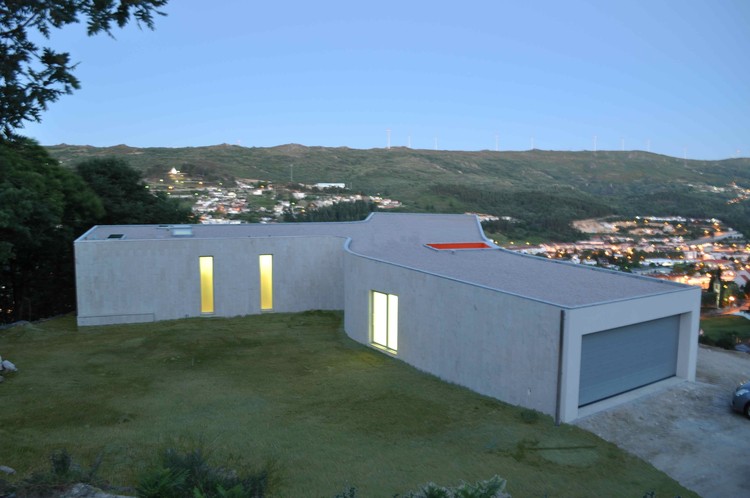 Text description provided by the architects. This project was commissioned in 2004 by a young couple who had purchased a piece of land and there planned to build their home. As initial conditions we just had the obligation of designing a single floor house for the lowest cost possible. One thing was obvious the site had a breathtaking view and this turned out to be the core of the whole project. In the first sketches it became evident that the house should be a kind of leap into the void, a volume that project itself in to the landscape.

Located on top of a valley, Jorge Guedes's house, appears as a large picture window that covers the landscape. The building rises from the principles of volumetric aggregation patent in vernacular architecture of the region. The house is an organic whole, composed by three bodies, which extends through the floor, searching each one of the volumes for the best orientation, solar and landscape, closing in itself, the different valences of the house.

A "Y", where the intersection of the arms is both the entry and the point of distribution, separating the public spaces from the private areas. The wealth of interior space is not given by architectural complexity but by the different relationships that are created between the interior and landscape.

The spaces that are not facing the valley, bathroom, laundry and kitchen were provided with a small orange courtyard that allows them to benefit from direct sunlight without creating imbalances in the elevations. 100 Planos Arquitectura oversaw the project implementation with responsibility for project design, construction management, choice of materials and adherence to highest environmental standards. Total building cost came just under 100,000. 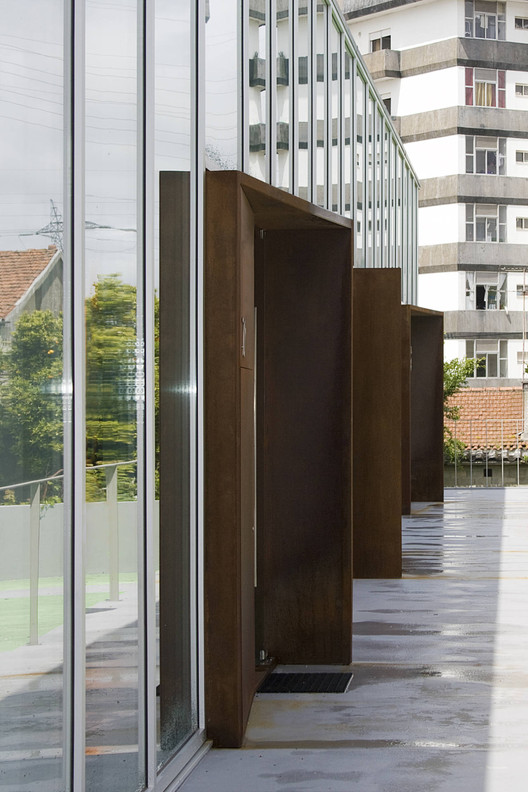