Together, Skylar Tibbits and Arthur Olson presented a large-scale installation at the 2012 TED Conference in Long Beach, CA entitled The Self-Assembly Line – a large-scale version of a self-assembly virus module, demonstrated as an interactive and performative structure. A discrete set of modules are activated by stochastic rotation from a larger container/structure that forces the interaction between units. The unit geometry and attraction mechanisms (magnetics) ensure the units will come into contact with one another and auto-align into locally-correct configurations. Overtime, as more units come into contact, break away, and reconnect, larger, furniture scale elements emerge. Given different sets of unit geometries and attraction polarities various structures could be achieved. By changing the external conditions, the geometry of the unit, the attraction of the units and the number of units supplied, the desired global configuration can be programmed. Continue reading for more. 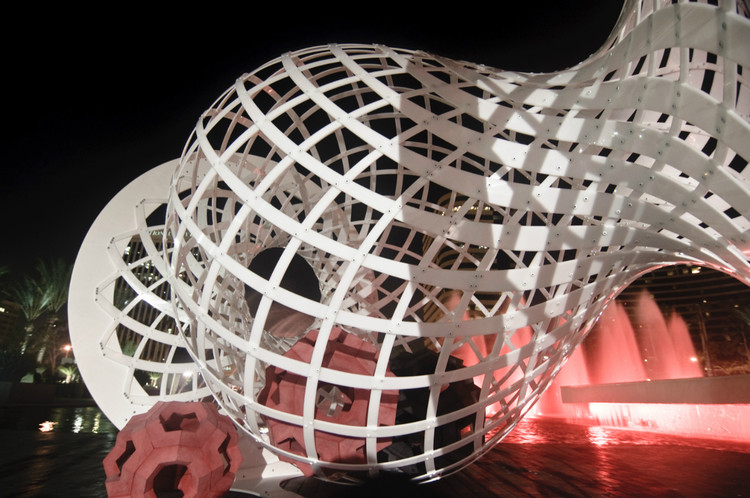