Sknypl: The Latest Architecture and News 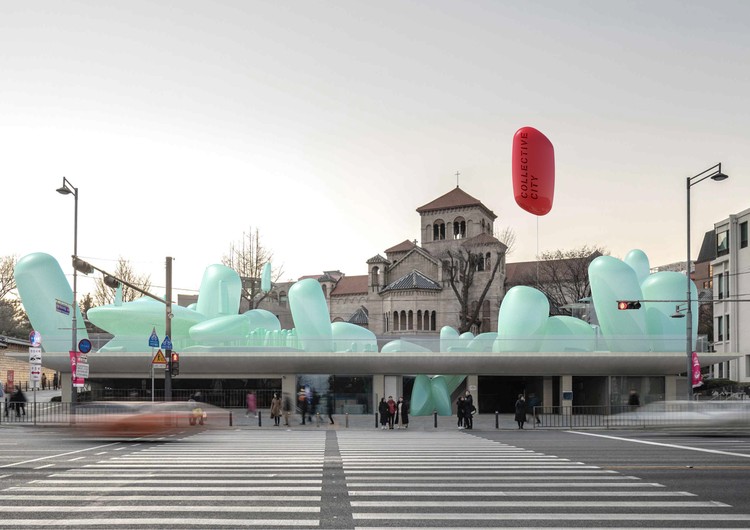 Moscow based office SKNYPL created a new proposal for an inflatable garden atop the Seoul Hall of Urbanism & Architecture in South Korea. Designed as part of the Seoul Maru Competition, the project was made to form a contemporary gathering space for Seoul citizens and tourists alike. Called New Korean Garden, the project aims to complement and update the roof of the Seoul Hall and create a new unique rooftop experience and landmark for the city.

SKNYPL Explores the Role of Urbanism in Creating and Overcoming Fear

The London Festival of Architecture, the world’s largest annual festival of its kind, took place across the city this June. The month-long festival welcomed thousands of people to explore architecture installations and creations, and take part in the activities and discussions, which included an event put together by SKNYPL.

The theme for the year 2019 was ‘Boundaries’ in all its forms: zones, walls, city limits… And for their first international show, SKNYPL presented “PHOBOS”, a film-installation about Moscow and the fearful impact of having physical and metaphysical boundaries. The studio created a special online version of the film especially for ArchDaily readers.