In 2013 former Los Angeles Magazine architecture critic Greg Goldin and journalist Sam Lubell co-wrote and co-curated Never Built Los Angeles. The acclaimed book and accompanying exhibit at the Architecture and Design Museum of LA celebrated hundreds of projects that never quite reached fruition. Following its success, the duo published a second installment: Never Built New York. Having just sold out of its first pressing, the book has garnered similar praise as its predecessor. Goldin and Lubell are currently planning an accompanying exhibit at New York’s Queens Museum that will debut this fall. Fresh off their NYC book tour, I sat down with Mr. Goldin to discuss his latest book and the future of Never Built.

Thomas Musca: You’ve been able to snag two high-profile architects to write the foreword for each book: Thom Mayne for Never Built LA and Daniel Libeskind for Never Built NY. Why do you think they’re so willing to help? Why are they so interested in the unbuilt?

Greg Goldin: I think architects feel that a lot of the work they do is the stuff that we would describe as "on paper." It’s not something that got realized. So, I think that there’s a natural sympathy for this subject matter in general. We didn’t have to convince anyone: "Oh, overcome your worst fears, you’re going to be included in this book that is consigning you to the dung heap of history." I don’t think anybody ever felt that way. I think that they feel like these are things that they don’t want to see just disappear into the archives. There’s a sympathy that already exists. Sam and I knew Thom Mayne and we thought Thom would be good for this and he just said yes. The same is true with Daniel Libeskind. Our editor, Diana Murphy, is friends with him. We felt fortunate because he has an amazingly positive attitude for a guy who’s been batted about by how things work in the real world of trying to get stuff built. You can have the dream project, Freedom Tower, and get ground down by it. But Daniel, bless his heart, is kind of upbeat about the whole thing, and that comes across in what he had to say in the foreword. 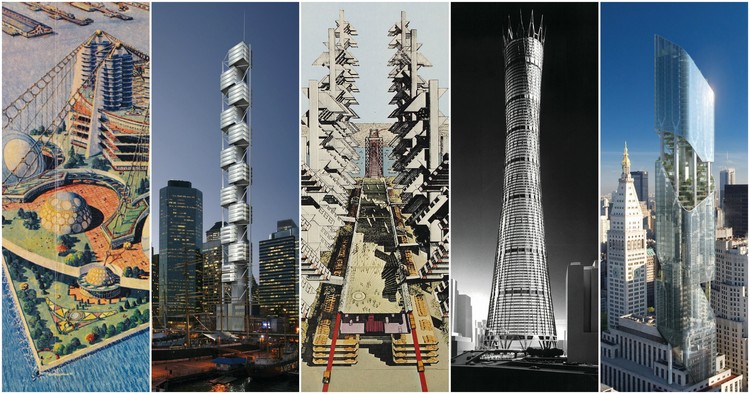