In 2013 the former IBM Building in Chicago, Mies van der Rohe's last completed skyscraper, underwent a significant renovation as a part of the tower was converted into a hotel. In this article, originally published in Blueprint issue #338 as "Lobbying for Mies van der Rohe," Anthea Gerrie catches up with Dirk Lohan - the Chicago architect who helped his grandfather design the building nearly 50 years ago, and who was called back in to design the new hotel's entrance lobby.

"It's not very Mies," says Dirk Lohan dubiously, in one of the great understatements of the year. We are standing in the double-height reception hall of the Langham Chicago hotel with what looks like dozens of multicoloured glass balloons swimming above us and a mirror-glass frieze adding to a cacophony of glitz and dazzle.

It is indeed the very antithesis of the aesthetic of the architect known for the phrase "less is more". But then the audacious idea of converting an office building by the most functionalist of architects into a five-star hotel was always going to be problematic. 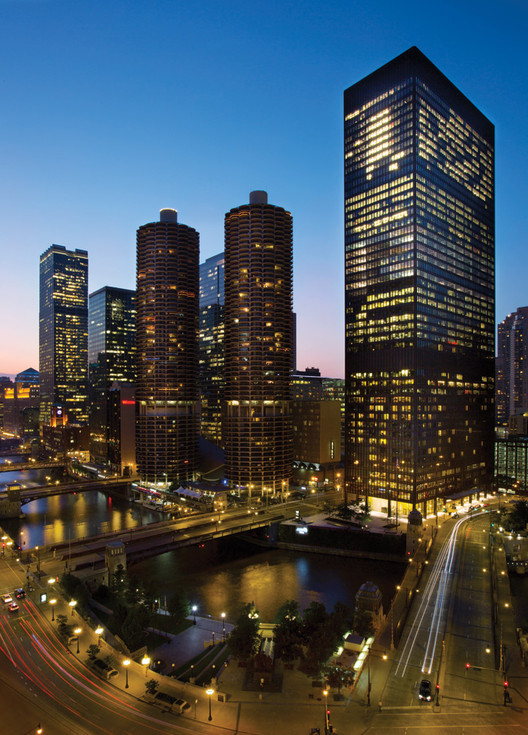