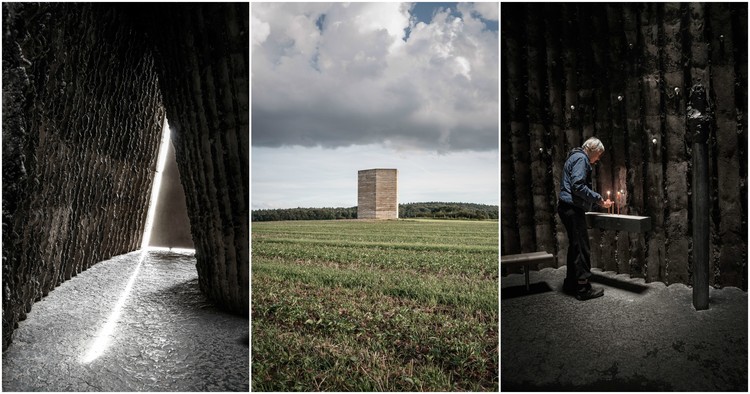 “In order to design buildings with a sensuous connection to life, one must think in a way that goes far beyond form and construction.” This quote from Peter Zumthor rings true in his design of Bruder Klaus Field Chapel, where a mystical and thought-proving interior is masked by a very rigid rectangular exterior.

More on Bruder Klaus Field Chapel and Peter Zumthor after the break.