Cho Byoung-soo of BCHO Architects on Korean Culture and Nature

Seoul is considered one of the most densely-populated and over-priced cities in the world, reaching a staggering $ 80,000 per square meter. The extreme conditions of the city have forced local architects to operate, design, and build framing the city's urban issues, traditions, and history. This approach by architects has created the theoretical basis of “The Condition of Seoul Architecture”, a publication by multidisciplinary practice TCA Think Tank which sees the point of view of 18 innovative South Korean architects.

In this interview, Pier Alessio Rizzardi, founder of the practice, talked to Cho Byoung-soo of BCHO Architects, discussing traditional Korean Architecture, the struggles of the contemporary Identity, and his sensitive approach to materiality, nature and time.

Look Inside a Collection of Seoul-Based Architecture Offices, Photographed by Marc Goodwin and Felix Nybergh

Architectural photographer Marc Goodwin, in cooperation with Felix Nybergh, has recently completed the fourth collection of his "ultra-marathon of photoshoots" – this time in Seoul. Following Goodwin's unique insight into the spaces occupied by Nordic architectural offices (based in Oslo, Stockholm, Copenhagen and Helsinki), his look at studios both large and small lived in by London-based practices, and his lens on a collection of Beijing-based studios, he and Nybergh have now turned their attention to the rich architectural scene of the South Korean capital. 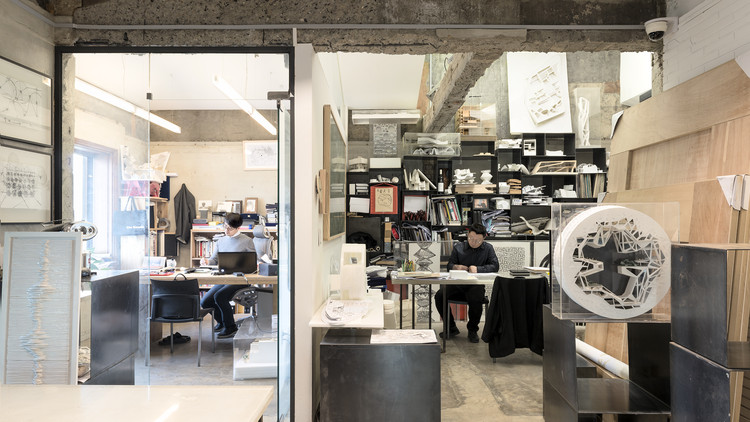