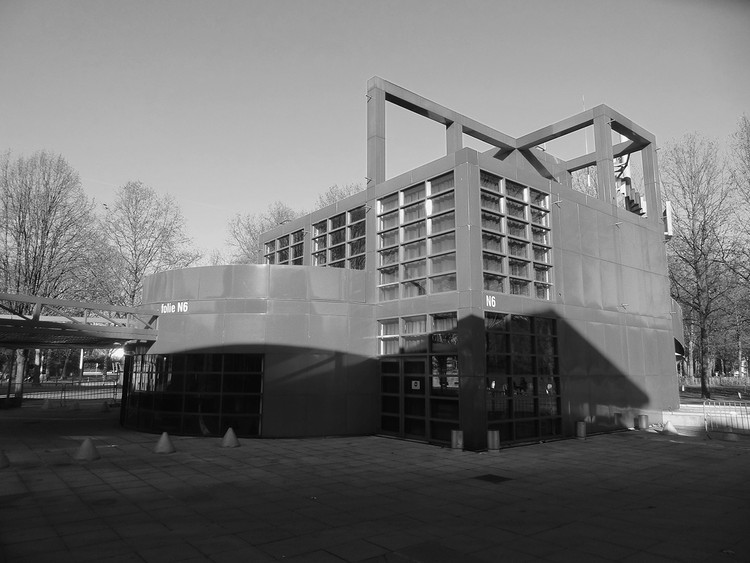 As part of an international competition, 1982-83, to revitalize the abandoned and undeveloped land from the French national wholesale meat market and slaughterhouse in Paris, France, Bernard Tschumi was chosen from over 470 entries including that of OMA/Rem Koolhaas, Zaha Hadid, and Jean Nouvel.